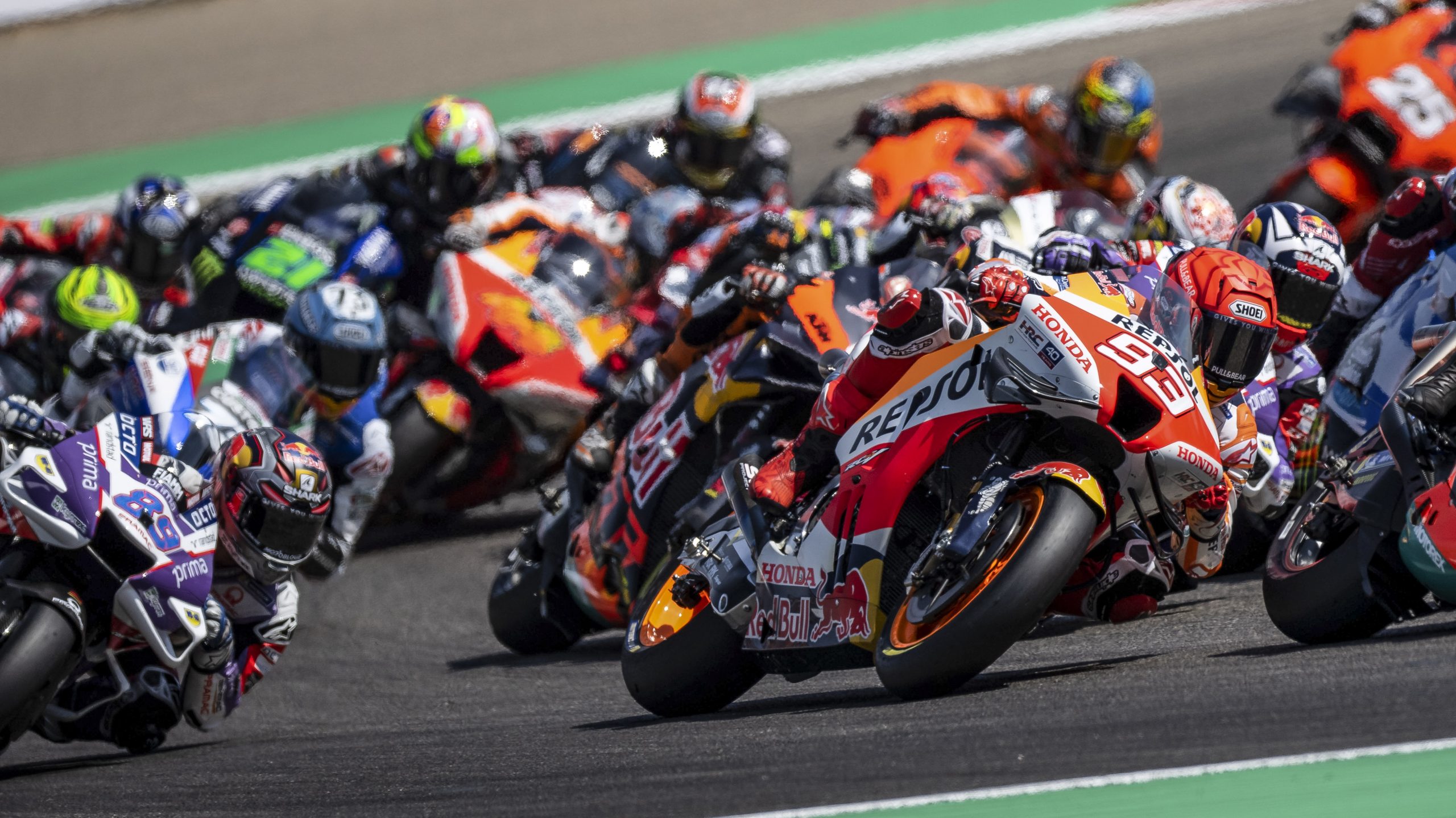 After making a great start, the Repsol Honda Team rider is involved in two incidents during the first lap that force him to retire.

Marc Márquez, who started thirteenth on the grid, made a great start at the Aragon Grand Prix, moving up into sixth on the first corner. Two corners later, a small slide from the rear of his Repsol Honda RCV213V caused Fabio Quartararo to crash into him from behind. The subsequent activation of the holeshot device on Márquez’ bike caused the rear wheel to lock up, and he then collided with Takaaki Nakagami, after which he was forced to withdraw from the race.

After fifteen rounds of the season, Marc Márquez is fifteenth in the MotoGP World Championship with 60 points.

Marc Márquez, DNF: “I got a really good start to the race and found myself fighting for the top five, instincts took over when the lights went out. But then in Turn 3, I lost the rear a little bit so I closed the gas and the problem was then that Fabio was super close to me. This is normal, it’s racing to be close in the first laps and to try a move in the change of direction, we were just unlucky to have this contact with Fabio. Then everything started, in Turn 5 I felt something strange, and I didn’t really know what was going on fully. In Turn 7 Nakagami overtook me and went wide but when I went to engage the rear device, I felt like the rear was locking. Then everything happened at once as the bike was moving to the left with this locking and I found myself touching with Taka. After this I retired. I went to apologies to Taka and his team because his race was ended by the situation we had. My apologies to him and Fabio.”