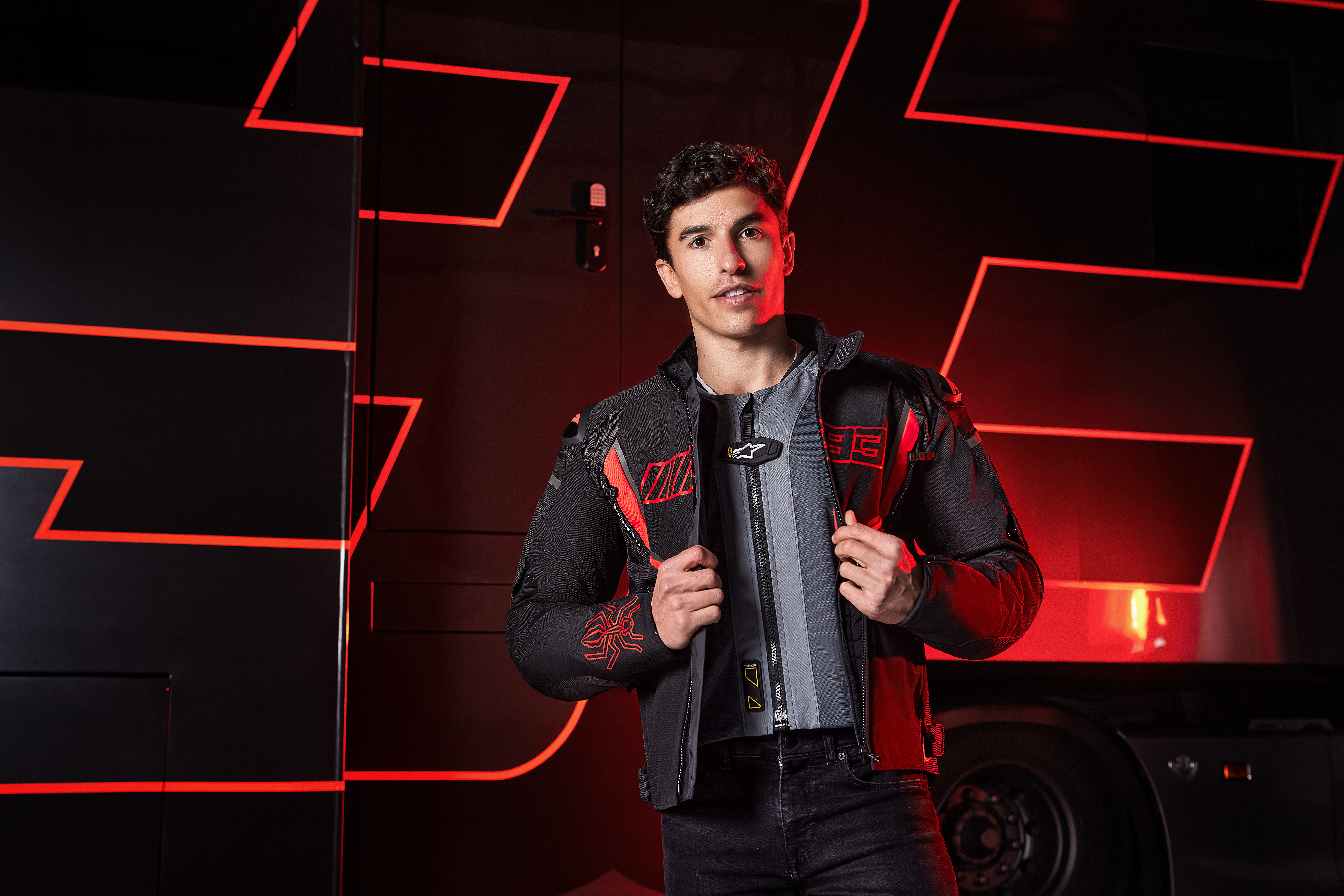 Today sees Alpinestars and Marc Marquez launch the new 2021 Alpinestars MM93 Capsule Collection, a celebration of the eight-time Grand Prix World Champion’s relentless quest to push the boundaries of what is possible and set new benchmarks for excellence. The perfect blend of confident style, innovative materials and technically advanced protection technologies, the collection features bold and eye-catching designs inspired my Marc’s iconic MM93 logo and his trademark red, black and gray colors, in a range that looks great on and off the bike.

Alpinestars shares Marc’s philosophy of pushing to the absolute limit in the quest for improvement, with the company’s involvement in topflight racing leading to many protection and material innovations.  These research and development activities ultimately filter down to Alpinestars’ everyday road riders products ensuring performance without compromise. The new 2020 Alpinestars MM93 collection brings these innovations to life allowing fans to ride with advanced protective gear with great style.

The 2021 line-up features jackets, technical riding hoodies, gloves, riding shoes and accessories, all designed by Marc in collaboration with Alpinestars, to create a stylish and contemporary collection fit for Champions.

You can find the collection in Marc Márquez online shop. 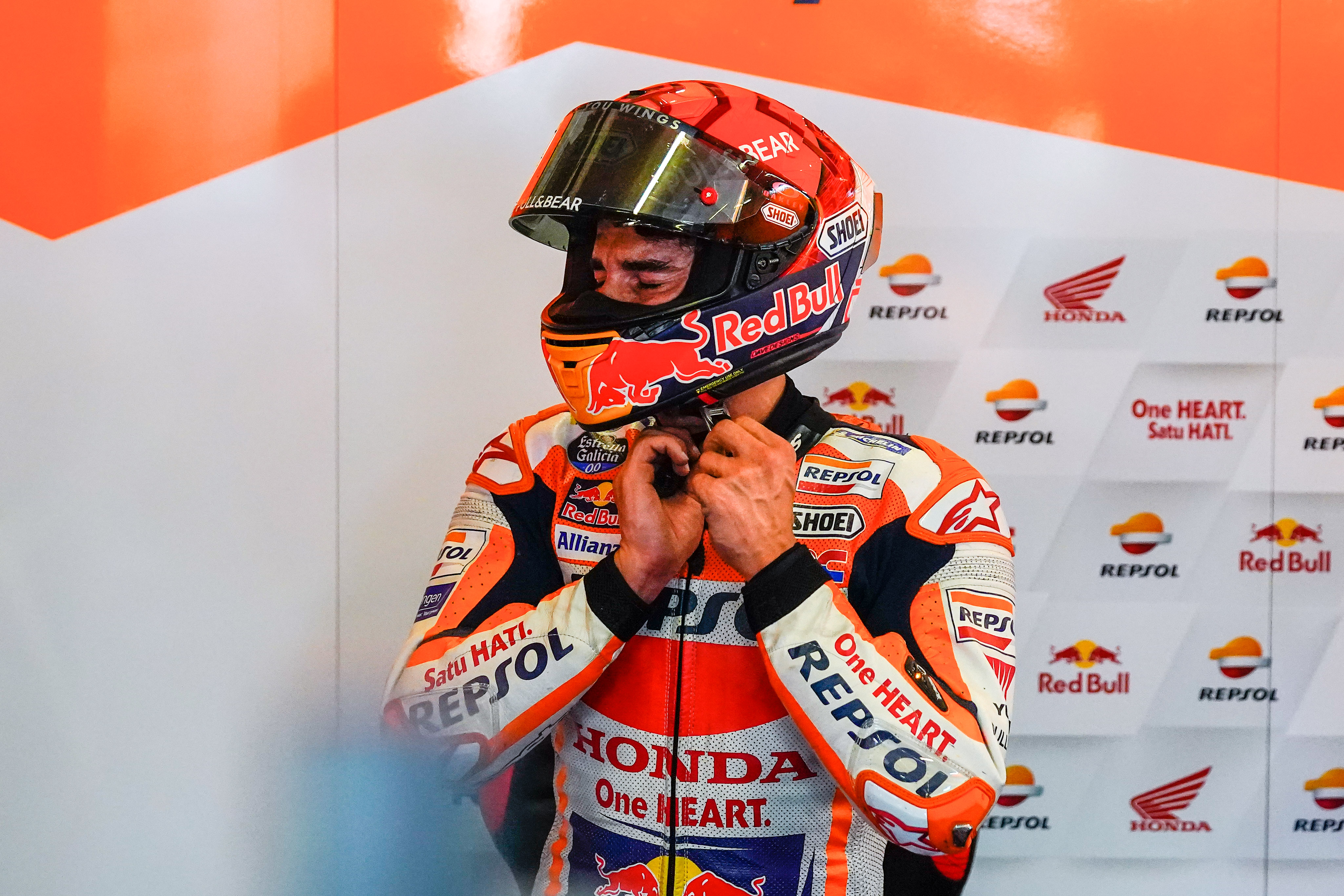 All eyes were on the eight-time World Champion as he put in a champion’s effort to finish the Portuguese Grand Prix in a scintillating seventh.

The sun was again shining on the Algarve as the MotoGP World Championship lined up for round three of the 2021 season. A calm Warm Up session saw both the Repsol Honda Team riders confirm the feeling on their respective Honda RC213V machines.

When the lights went out, Marc Marquez was the centre of attention as he shot forward from sixth and immediately began to battle inside the top three. The fighting was fierce, and a still-recovering Marquez found himself forced to ease the intensity of his fight. Settling into his rhythm, the #93 worked to hold his spot in the top ten while avoiding any costly mistakes.

Completing his objective of finishing the race, Marquez crossed the line in seventh and as top Honda. The incredible effort of the race was clear to see as an emotional Marc Marquez was welcomed back into the Repsol Honda Team garage to a roar of applause from the team. With his nine points for seventh, Marc Marquez ends a point drought of 518 days.

The MotoGP World Championship now settles into a familiar rhythm, a week away from the circuit before returning for round four in Jerez.

Marc Márquez, 7th: “There were a lot of emotions this weekend and when I arrived in the box I just exploded, not for the pain but there was something inside that needed to come out. I felt so much support from everyone and especially my family and friends. To feel like a MotoGP rider again was the most important thing and it was a great feeling. I didn’t enjoy today’s race, I suffered a lot, but it was the most important step in my recovery so far. We were able to finish the race, that was our main goal – the position didn’t matter but to finish 13 seconds behind first was an impossible dream. I think I felt best when I was riding alone in the middle of the race, the start of the race was a bit of a shock after so long! The last laps were just about finishing. Now we look to Jerez.” 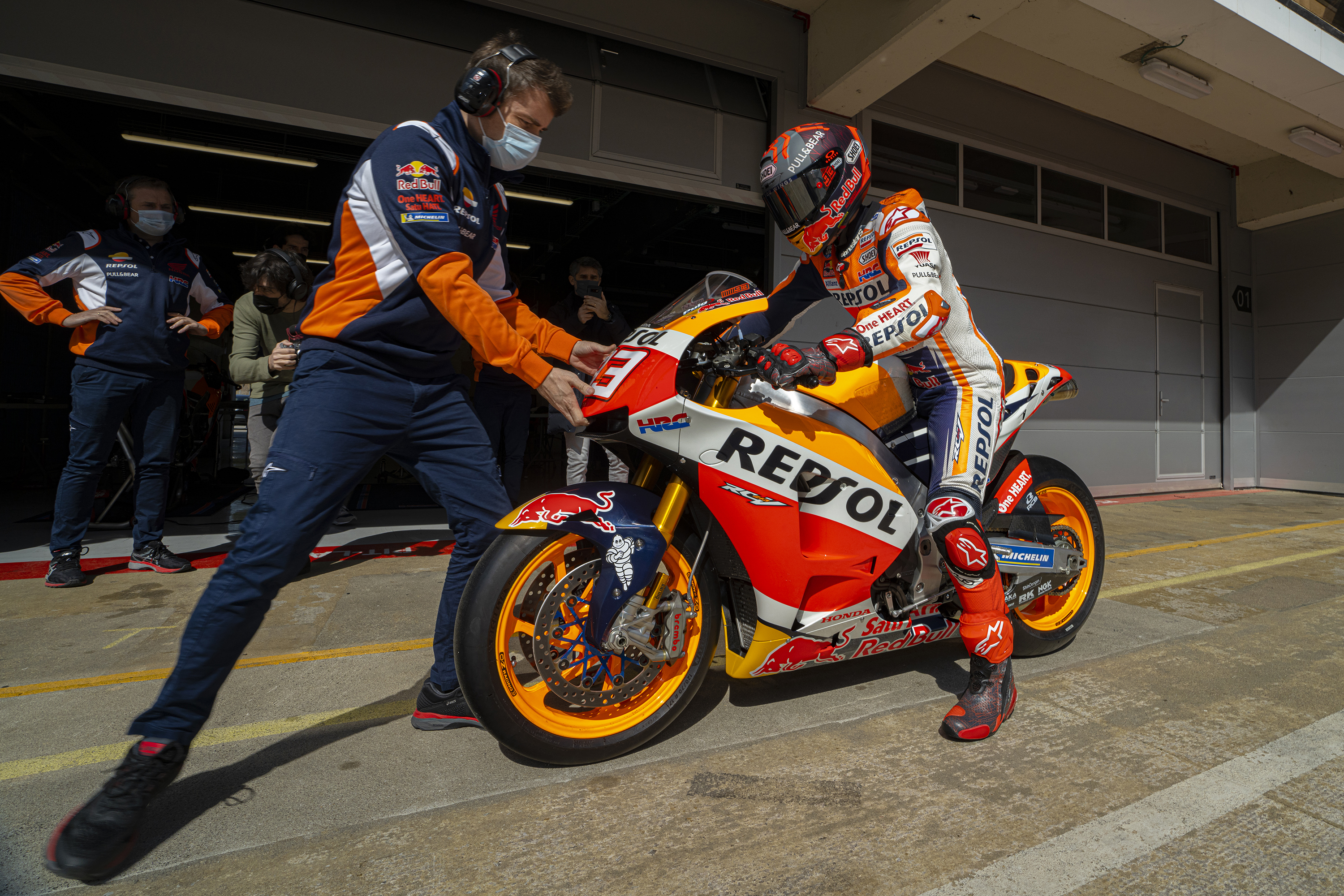 In the review carried out on Marc Marquez by the Hospital Ruber Internacional medical team, four months after surgery, led by Doctors Samuel Antuña and Ignacio Roger de Oña, and made up of Doctors De Miguel, Ibarzabal and García Villanueva, for an infected pseudoarthrosis of the right humerus, a very satisfactory clinical condition was found, with evident progress in the bone consolidation process. In the current situation, Marquez can return to competition, assuming the reasonable risk implicit in his sporting activity.