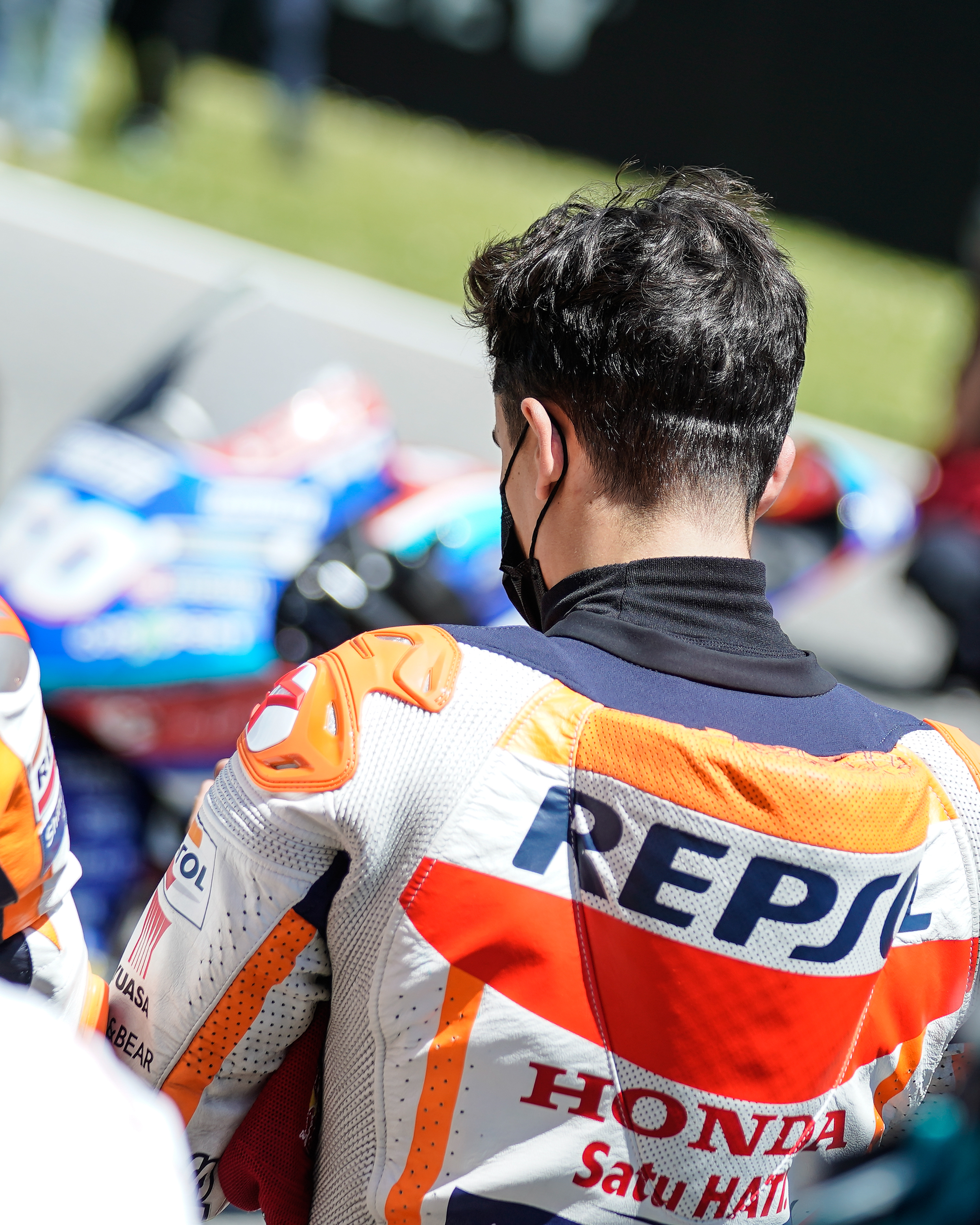 The Italian Grand Prix was overshadowed by the heartbreaking news of Jason Dupasquier’s passing. The Repsol Honda Team and HRC would like to extend their deepest condolences to Jason’s family, friends and team at this difficult time.

Unfortunately, after a promising start, Marc Marquez’s race lasted just over a lap as he fell at turn three on lap two. Marquez walked away unharmed in the fall.

Round seven follows immediately, the paddock heading to Barcelona for the Catalan GP next week, June 03 – 06. A home race for Marc Marquez, the Repsol Honda Team will continue to give their utmost to deliver what both riders need for success.

Marc Márquez, NC: “It has been a very hard weekend for MotoGP, we have lost a young talent, a young rider inside the paddock. This situation is very hard for everyone, and we wish everyone close to Jason all the best. Unfortunately we finished the race much earlier than we were expecting and it was really not a good situation because I need laps on the bike. I had contact with Brad Binder, it was a racing incident, and this happens many times here at this track. I thought that Binder was further back and in the change of direction, we touched, it as my mistake. Luckily no one else fell. Now we prepare for Catalunya after this difficult weekend for the MotoGP family.” 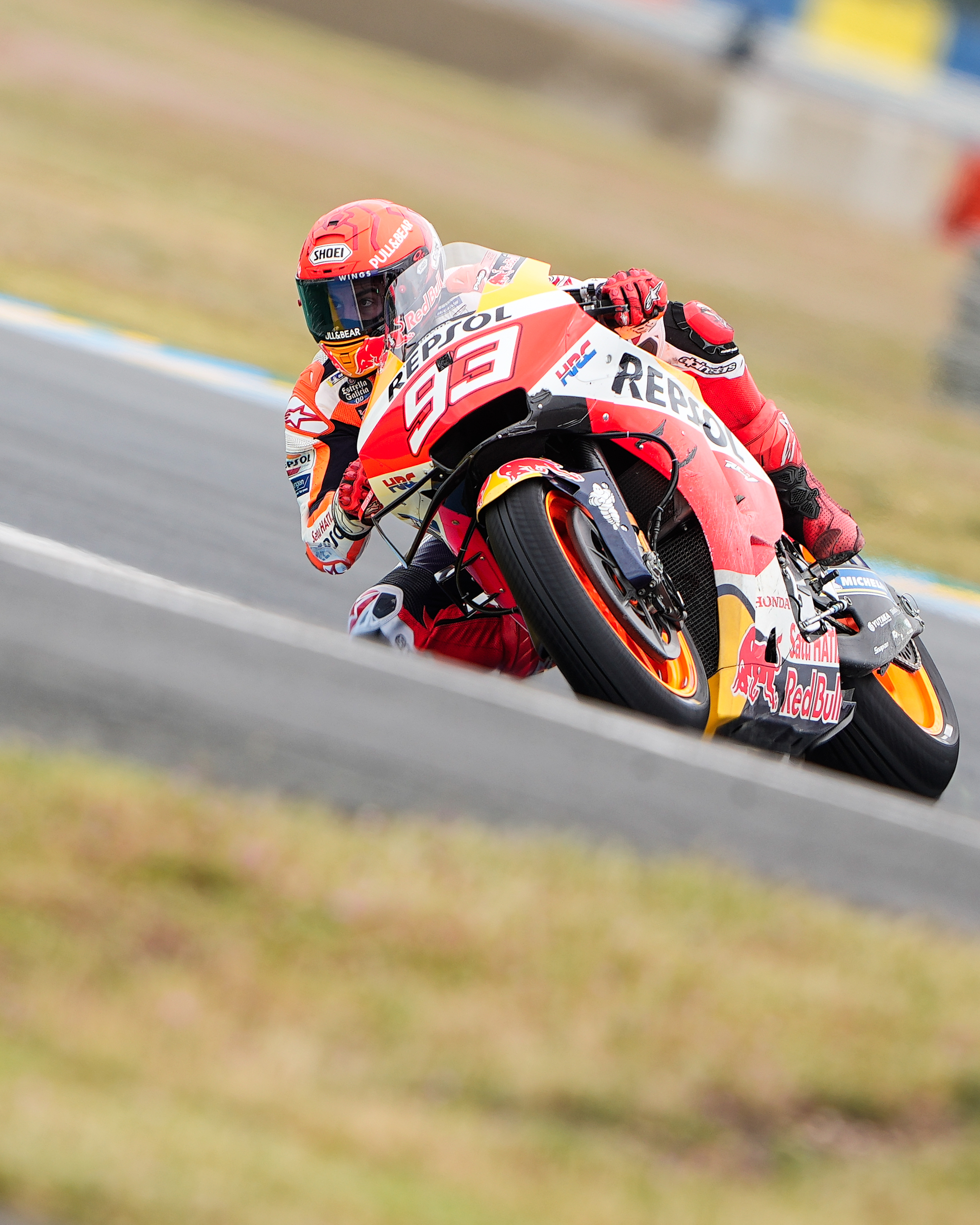 The first flag-to-flag race since 2017 saw Pol Espargaro encounter all conditions as Marc Marquez returned to leading a Grand Prix but was ultimately left disappointed.

Sunday at the 2021 French GP would prove to be a day of two halves: a soaking wet morning giving way to a seemingly sunny and pleasant afternoon. But dark clouds loomed in the distance just as the MotoGP grid lined up for the 27-lap race, Marc Marquez starting sixth. The clear sky vanished after just a handful of laps as the clouds crept in and soon opened, the entire MotoGP field pulling into the pits on lap five to change dry bikes for wet ones as the rain began.

A perfect run into the pits and subsequent bike swap saw Marc Marquez convert his early race speed into the race lead as he returned to the track from pit lane. Looking comfortable in the lead, Marquez continued to steadily increase his advantage until a highside at the final corner sent the eight-time World Champion down to the ground. With the spirit of a champion, Marquez remounted to see what would be possible with over half the race still to run.

Setting the fastest times out on track, Marquez began to pick his way forward and into the points. But a second fall, this time at Turn 6, ended Marquez’s run at the French GP. He walked away without injury but bitterly disappointed with the final outcome after showing such potential.

The MotoGP World Championship now prepares to head to Mugello for the Gran Premio d’Italia Oakley before the Catalan GP the following weekend. Both sides of the Repsol Honda Team garage are determined to deliver on the potential they showed during the Le Mans weekend.

Marc Márquez, NC: “I’m disappointed with today, we weren’t able to profit from the special situation where normally we feel really comfortable. The positive is that we showed our speed today, even after the crash I was able to be fast on the bike. It’s true that we didn’t use the opportunity that the weather gave to us. The first crash we had can happen in the wet, maybe the tyre was a little cold, but I am more disappointed with the second crash. It was not the time to crash again but we keep learning. Maybe I wasn’t fully concentrated on the track conditions, I was thinking more about changing back to slicks and I arrived at Turn 6 too fast and fell. This is very disappointing. In a normal dry weekend, I know it would be harder, we’re happy with our performance of the weekend but not happy about Sunday because it was not the best Marc on track.” 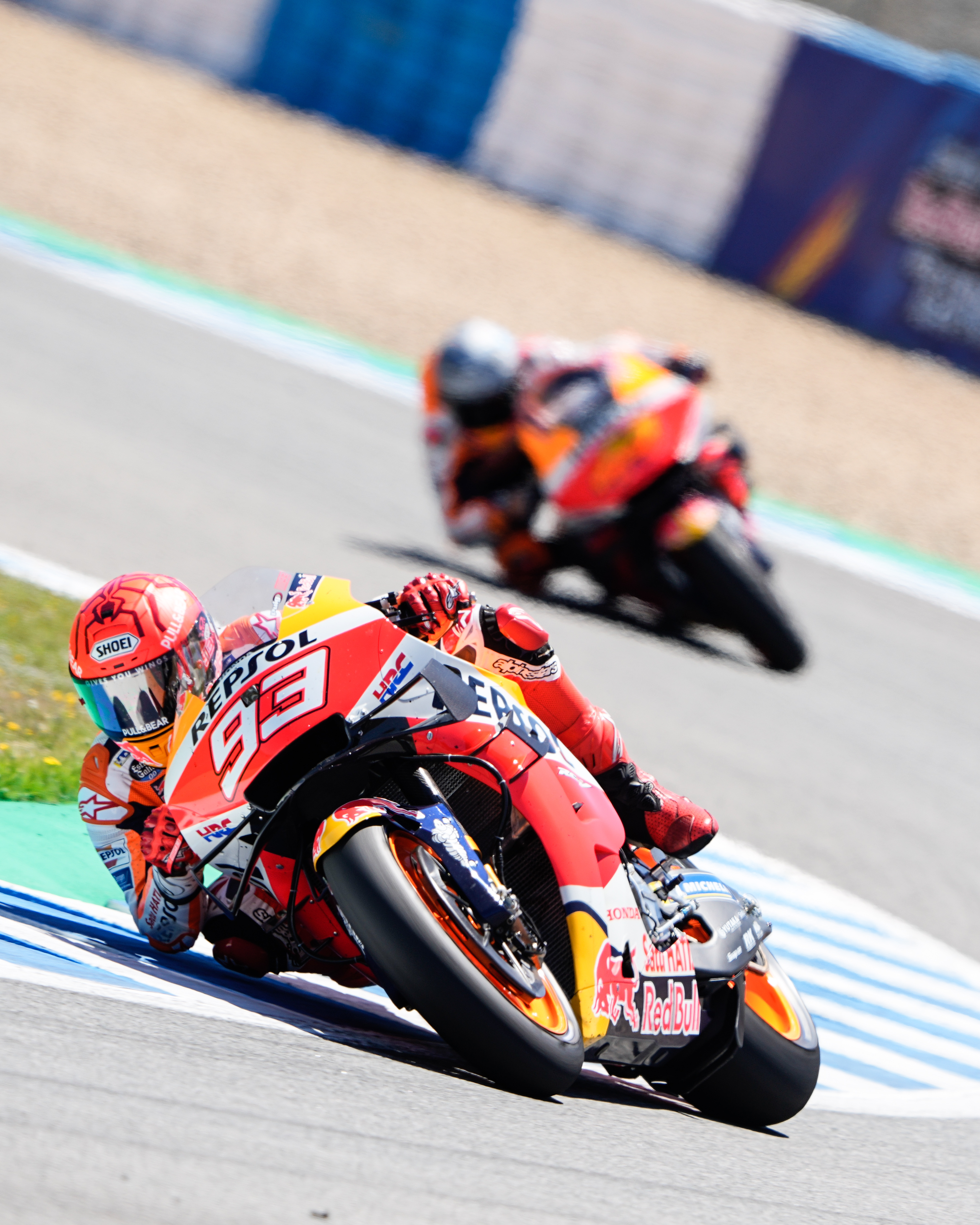