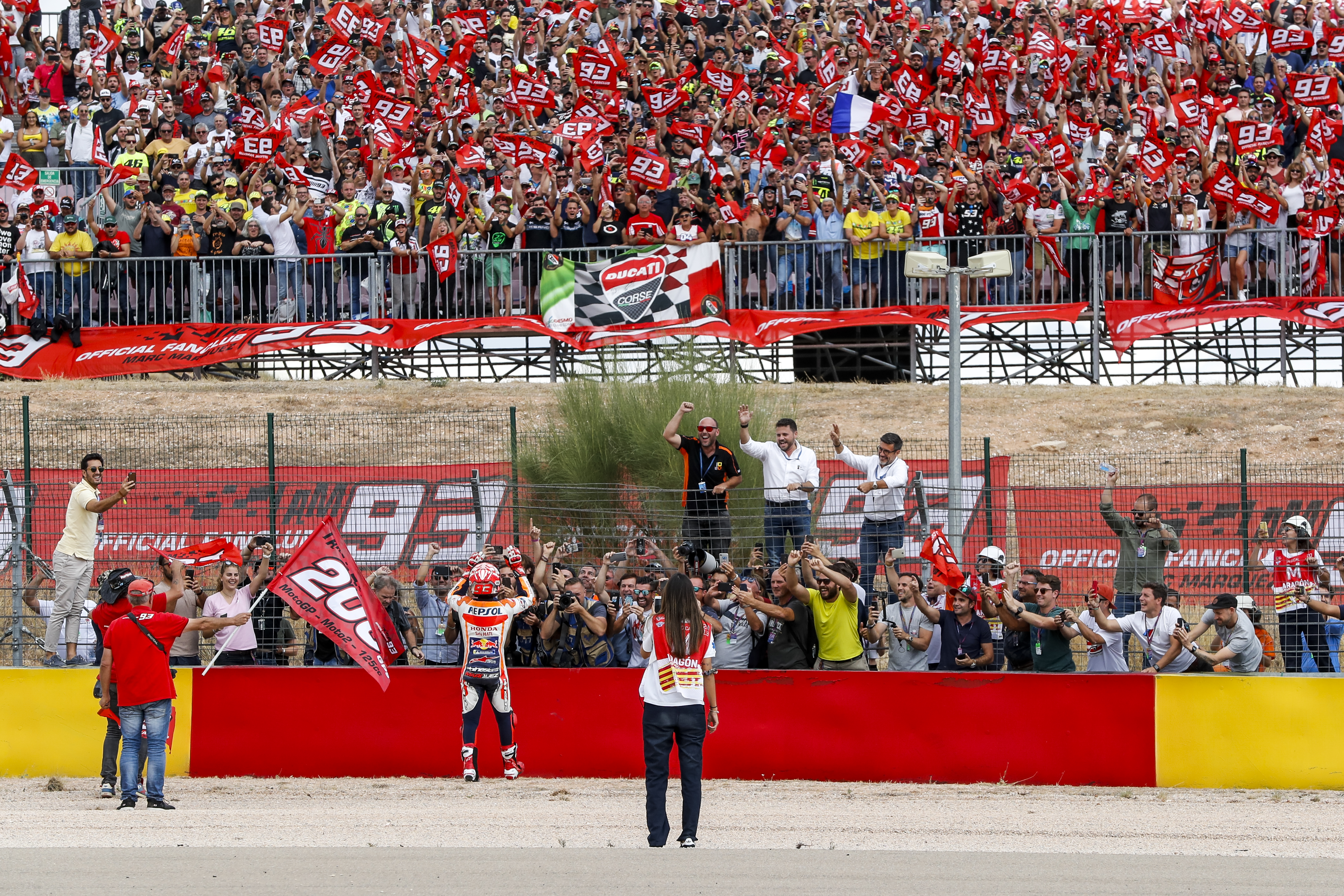 Flawless victory for Márquez in Aragón

Marc Márquez has led the Aragón GP from start to finish: He grabbed the holeshot, established a gap of more than a second on the opening lap, and extended his lead to more than six seconds.

With this win, the reigning MotoGP World Champion increases his advantage in the overall standings to 98 points and goes into the next round in Thailand with his first chance to clinch the 2019 title.

“I was convinced about my strategy and what I had to do. I had a good feeling from when I left the box, so I knew I could push in the beginning and open a gap of four or five seconds and just keep it there, not pushing too much. I saw at one stage of the race that Viñales closed in a little, so I pushed a little more for two or three laps and I stabilised the advantage. It looked easy but it wasn’t, we have been working hard all weekend to find the limit. It was amazing to win here in front of our home fans so I have to say thank you to them all!“ 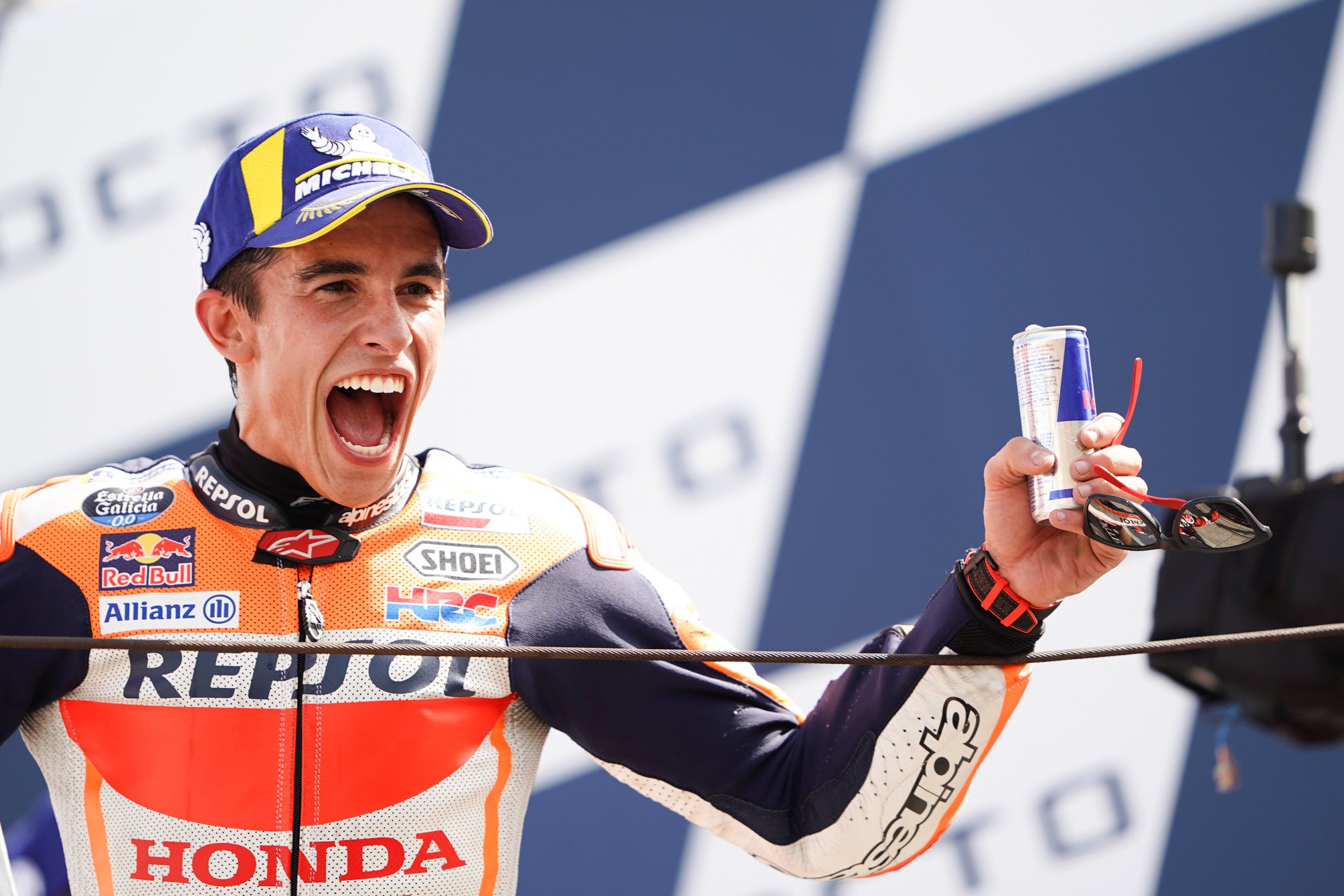 Masterful victory for Márquez at Misano

Marc Márquez, starting from fifth position, made a great start to the San Marino GP, placing third after the first lap. On Lap 4, the Repsol Honda Team rider passed Maverick Viñales to take second place and together with Fabio Quartararo managed to open a gap over the chasing pack.

At the beginning of the last lap, Márquez took the lead for the first time, and despite later losing the position, he launched a final move at Turn 8 that gave him the victory.

With this triumph, Márquez surpasses Mike Hailwood for wins in all classes with 77, and also overtakes Giacomo Agostini with 89 podiums in the premier class. The Repsol Honda Team rider increases his lead at the top of the overall standings to 93 points, with 150 remaining in play.

Marc Márquez:
“Honestly speaking, I knew it wasn’t necessary to win because I saw that Rins was out and Dovizioso was far from us but I had some extra motivation. I just tried to stay with Fabio as close as I could and in the end I was weighing up whether to try or not. On the last lap I decided to go. I knew Fabio was very fast in Turn 3, so I made my move before that and closed corner as much as I could. Fabio rode a very strong race today. I raced as smart as I could and in the end it is nice to win in Italy, but even nicer to have 93 points of advantage.”