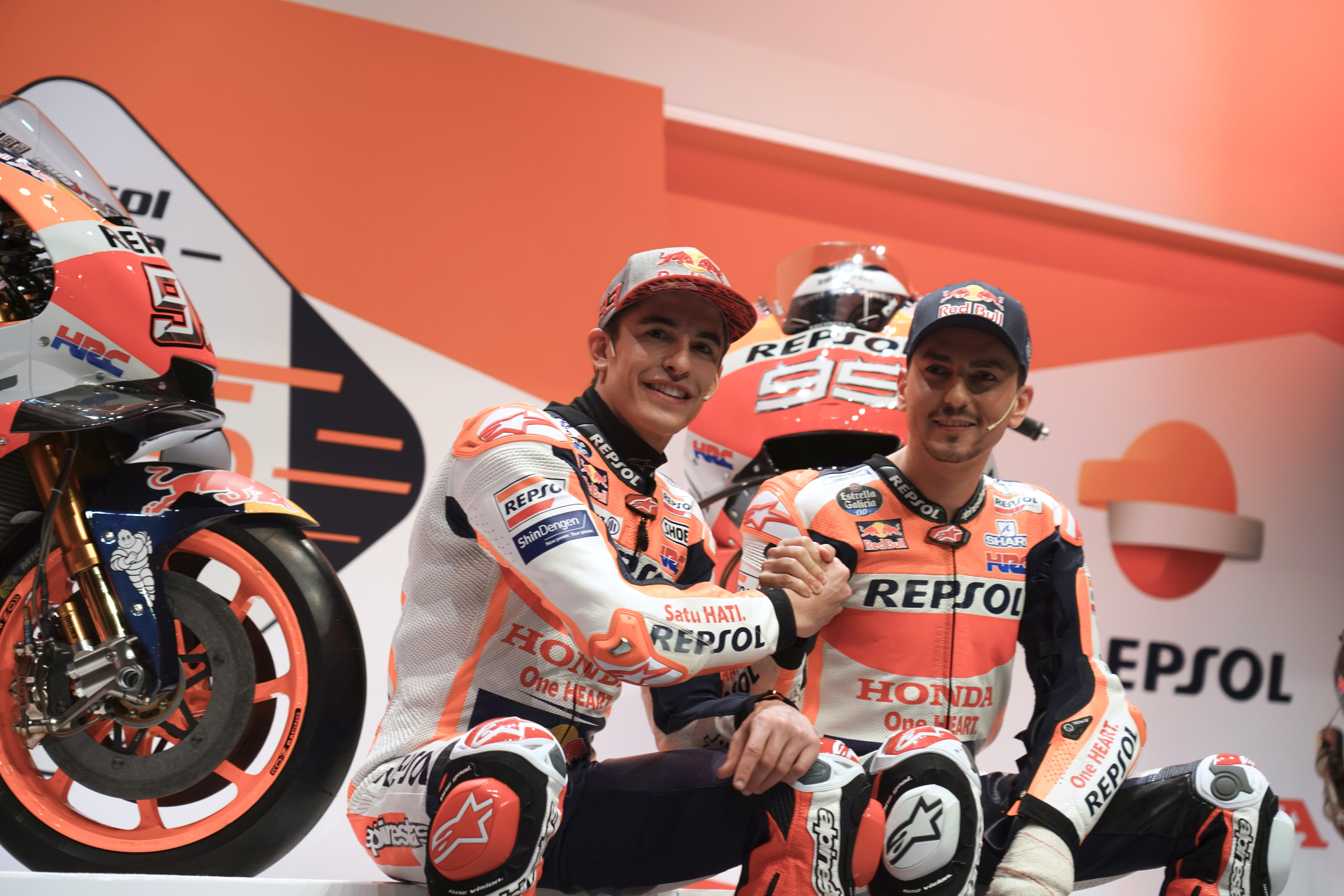 Marc Márquez and Jorge Lorenzo took part in their first official event together as teammates on the Repsol Honda team this Wednesday. The MotoGP World Championship winning riders in eight of the last nine seasons were protagonists in a very special presentation, coinciding with the start of Repsol Honda’s 25th anniversary celebrations. The event also included two legends who were part of the team’s first lineup in 1995: Mick Doohan and Álex Crivillé.

The presentation included the Chairman of Repsol, Antonio Brufau, and the Director of Honda Racing Corporation (HRC), Tetsuhiro Kuwata, who were accompanied during the event by the Director General of Communication and of the Presidency of the energy company, Begoña Elices, Dorna CEO Carmelo Ezpeleta, and the presidents of the FIM Jorge Viegas, and the Spanish Motorcycling Federation, Manuel Casado.

Doohan, Crivillé, Márquez and Lorenzo, representing the past and present of the team, competed in a virtual race, in which the first Honda NSR 500 and the current RC213V shared a track in front of more than 150 journalists from a dozen countries, such as Spain, Italy, the United Kingdom, Germany, France and Portugal.

Marc Márquez:
“It is a privilege to be part of the family that is the Repsol Honda team. When I was young and I watched races from the sofa at my house I wanted to be here wearing these colours. It was a privilege to start collaborating with Repsol and have their support in the Spanish Championship and, later, to work with them in the World Championship. And now I’m here, helping Repsol and Honda win more titles, making their history even more successful. It’s something that makes me very happy. When I was in Moto2 I knew that I wanted to ride for Repsol Honda and I wanted to win the MotoGP title. That’s why, when journalists ask me if I’m going to change teams, I think: Why would I change if I’m already part of an incredible team? Here we are a family, the relationship with Repsol and Honda is fantastic and this is something very important for achieving our goals, year after year. I hope that by the end of 2019 we can celebrate something beautiful together.”