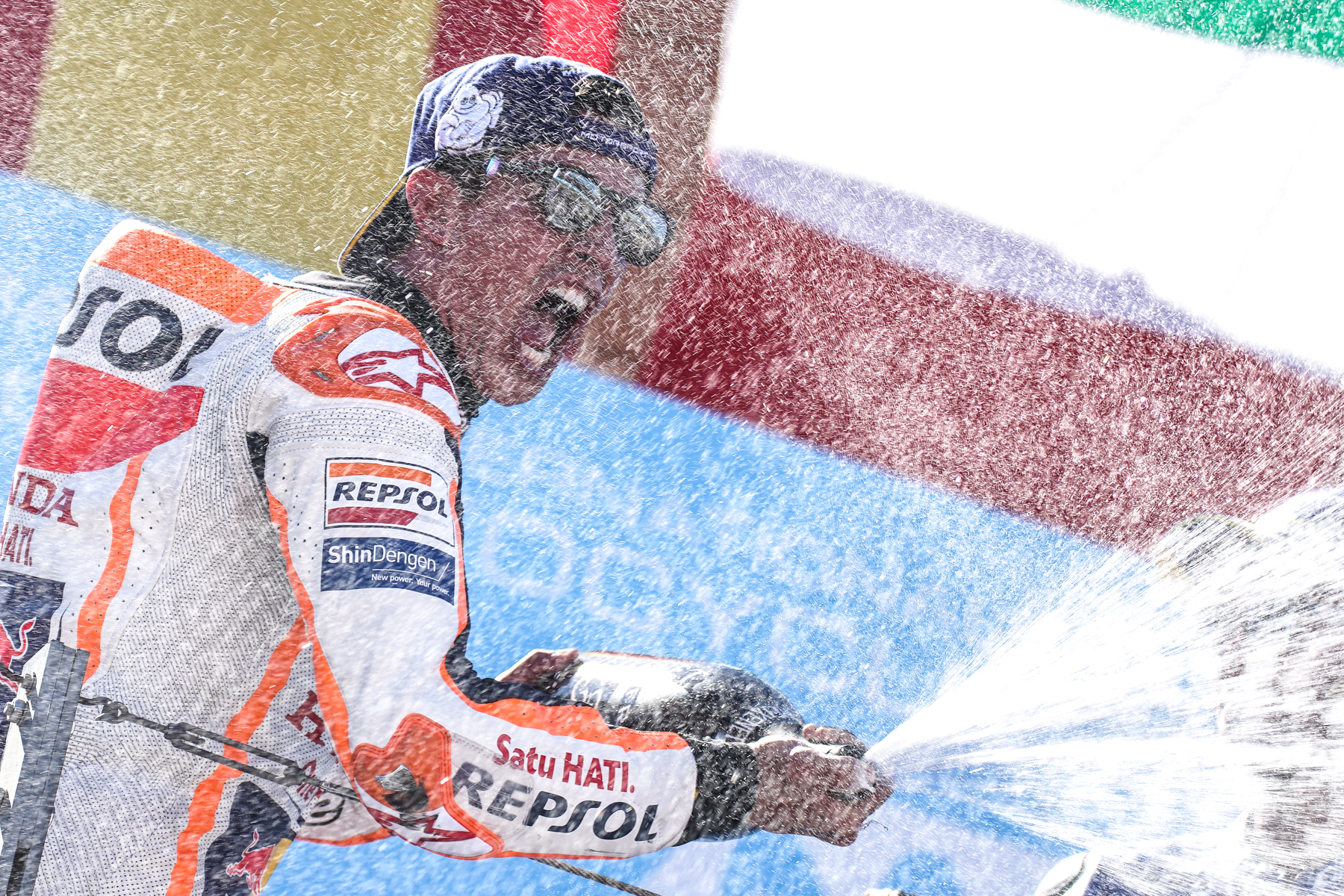 Márquez and Dovizioso provided a spectacular duel, with numerous overtaking moves up until three laps from the end, when the World Championship leader took the lead and held on until the checkered flag.

The leader of the MotoGP World Championship increases his advantage to 72 points in the overall standings, with 125 still up for grabs.

Marc Márquez:
“I woke up this morning with the idea that today I could take a risk. I hadn’t felt totally at ease during the weekend with the hard rear spec tyre so, after the warm-up, I said to my team that I wanted to use the soft rear. That started many meetings and discussions but in the end I won the race because I could convince my box to take that gamble! In the end, it was the correct choice. I had a good start but soon after I almost lost the front in a dirty spot on the track, so I had to release the brakes and go a bit wide. I didn’t realize until the end that Lorenzo had crashed. Anyway, the fight was very tight with Dovi and Iannone as well; it was a hard fight but within the limit. This is MotoGP, and it’s what the fans enjoy to watch.

Motorland is one of my favourite tracks, and I enjoyed so much riding here over the weekend even if the pressure was high, with events, people, and many things to do every day. I mean, it’s good but also demanding. Even with this, I managed to remain focused, work well with the team, and ultimately to stop Ducati’s momentum. This morning I listened to “In my feelings” from Drake and in the honour lap I thought back to that song and it was great. Anyway, now more than ever it’s the moment to keep calm and manage well the race weekends because I want to win the Championship and to do that you must remain fully concentrated.”