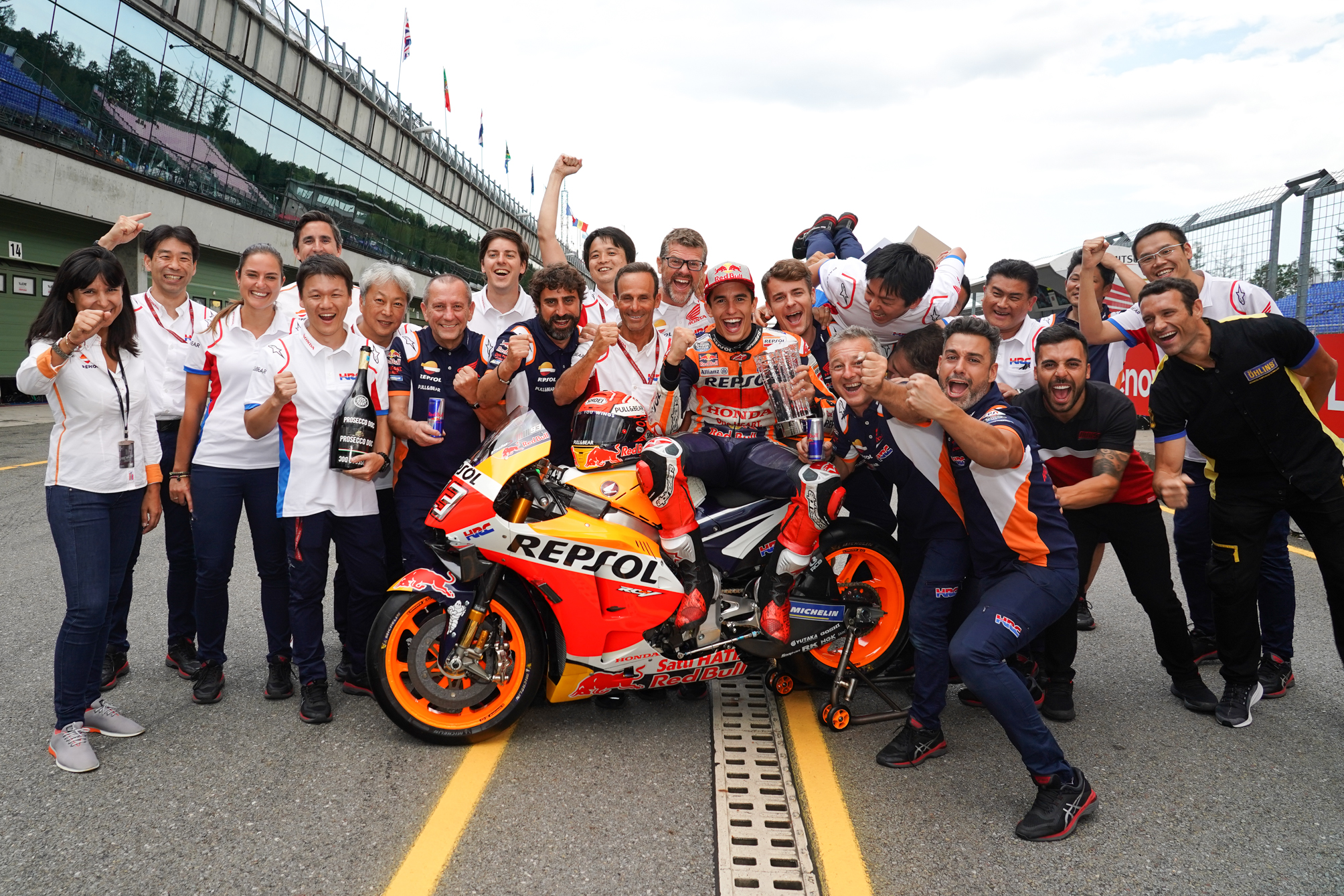 In a race delayed by rain and reduced to 20 laps, Marc Márquez gave his rivals no chance and scored his sixth victory of 2019, his 50th in MotoGP and 76th in all categories -matching Mike Hailwood’s tally.

Of the 5 riders who have managed to win races so far in 2019, the Repsol rider is still the only one with more than a single victory.

In the 10 races held to date, Márquez has been on the podium 9 times, always in either first or second place.

With this result, Márquez extends his lead in the overall standings to 63 points from nearest rival Andrea Dovizioso. He is 81 points ahead of third placed Danilo Petrucci.

Marc Márquez:
“I was really concentrated from the beginning as there were still some wet patches, especially at Turn 1. I knew I needed to keep my rhythm as the Yamaha riders were starting from behind and they were strong in Warm Up. Then I saw that Dovi was behind me so I had to keep pushing and pushing. I had a little warning on lap 10 because that is when I started to push more to try and open the gap. Delaying the race was the best decision that could have been made because the track was in a mixed condition and it could have been quite dangerous. A crazy weekend with the weather but the whole Repsol Honda Team were perfect and helped me a lot to achieve victory!”