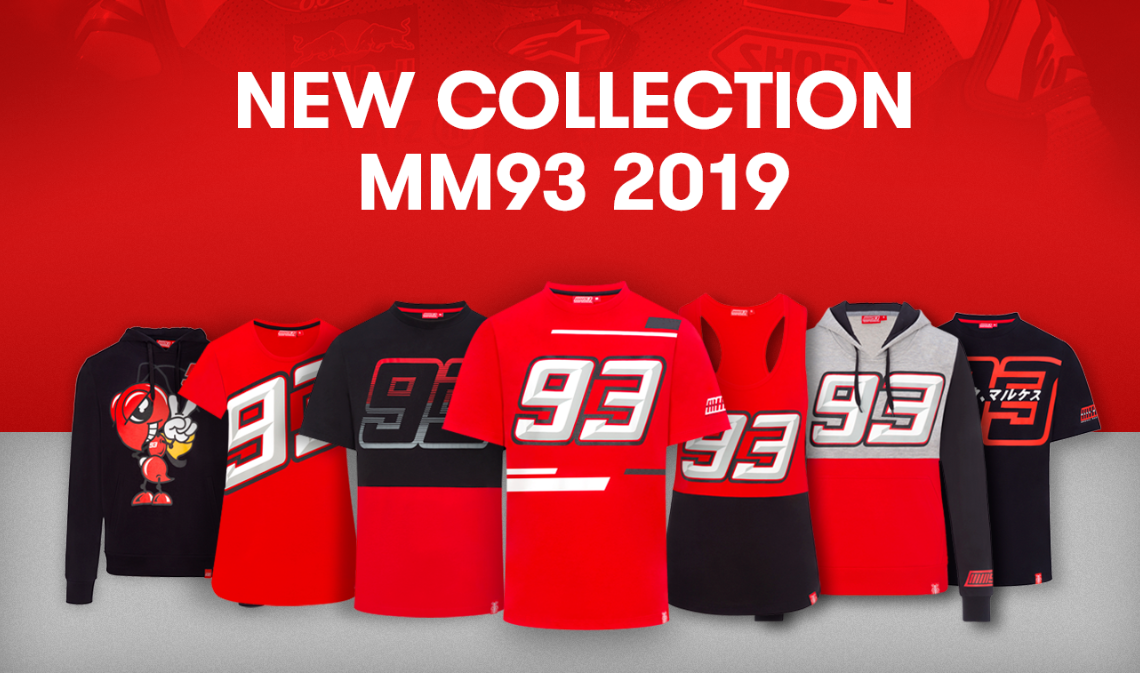 The Marc Márquez collection arrives with many new clothes, sweaters, shirts, caps, umbrellas, etc. They combine the color red, white, grey and with details always of the 93, the ant or the logo of Márquez.

You can find all this new collection in the Fan Club shop in Cervera, in Marc’s website, and in all the circuits in the Pritelli Group stands. 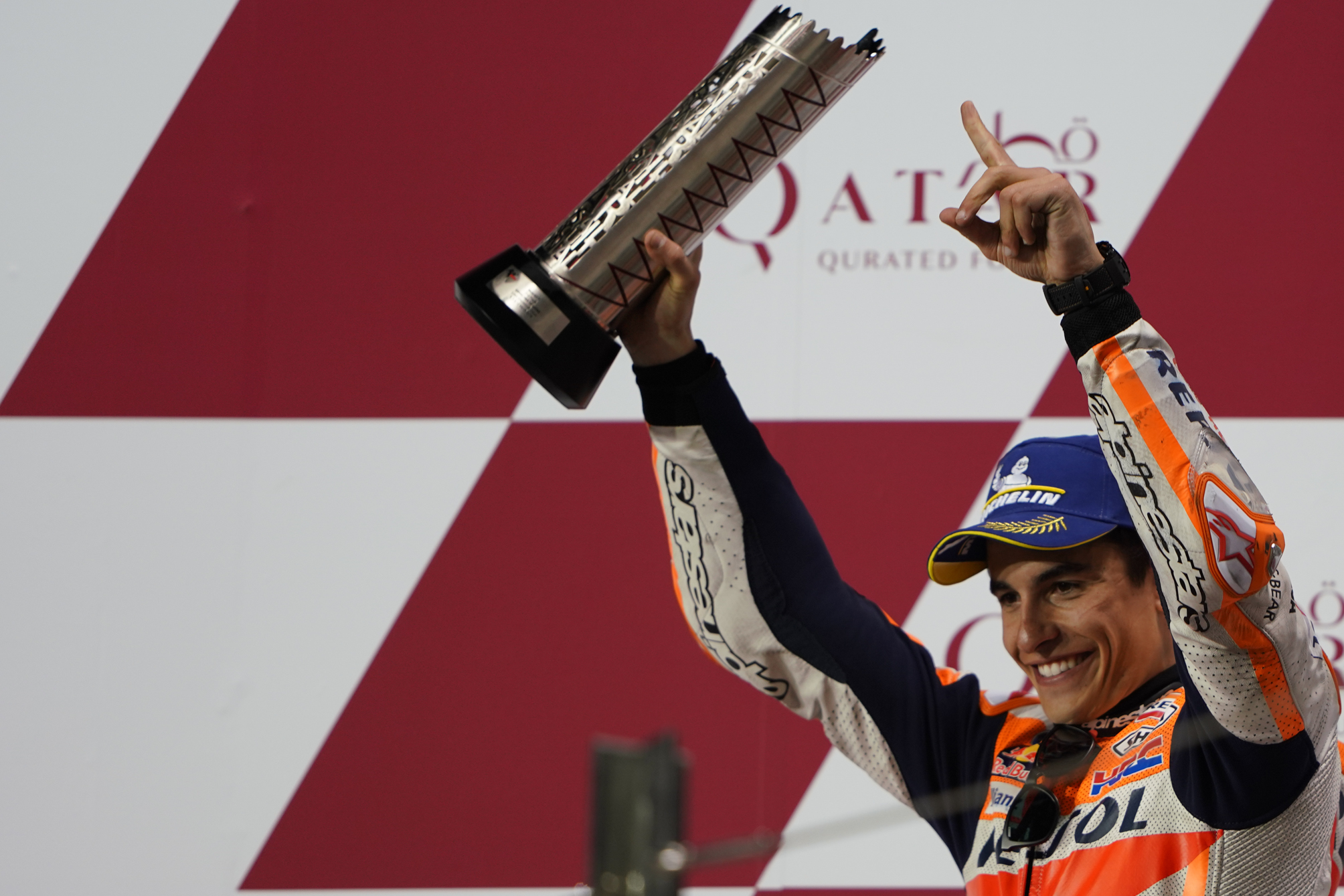 Márquez placing second, having battled for the win until the last corner.

The current MotoGP World Champion remained in a front group which involved up to eight riders, and featured constant overtaking moves from Andrea Dovizioso and Álex Rins.

Marc Márquez:
“It was exactly the same as last year! I tried to push hard but here when you overtake you just run wide and you can’t keep the line. I tried to be there, to push a little and just be there until the end. I’m very happy with these 20 points because normally we struggle here and this weekend especially we worked a lot. We changed some things that meant I couldn’t push like I normally do in braking. But we finished the race and take good points.“ 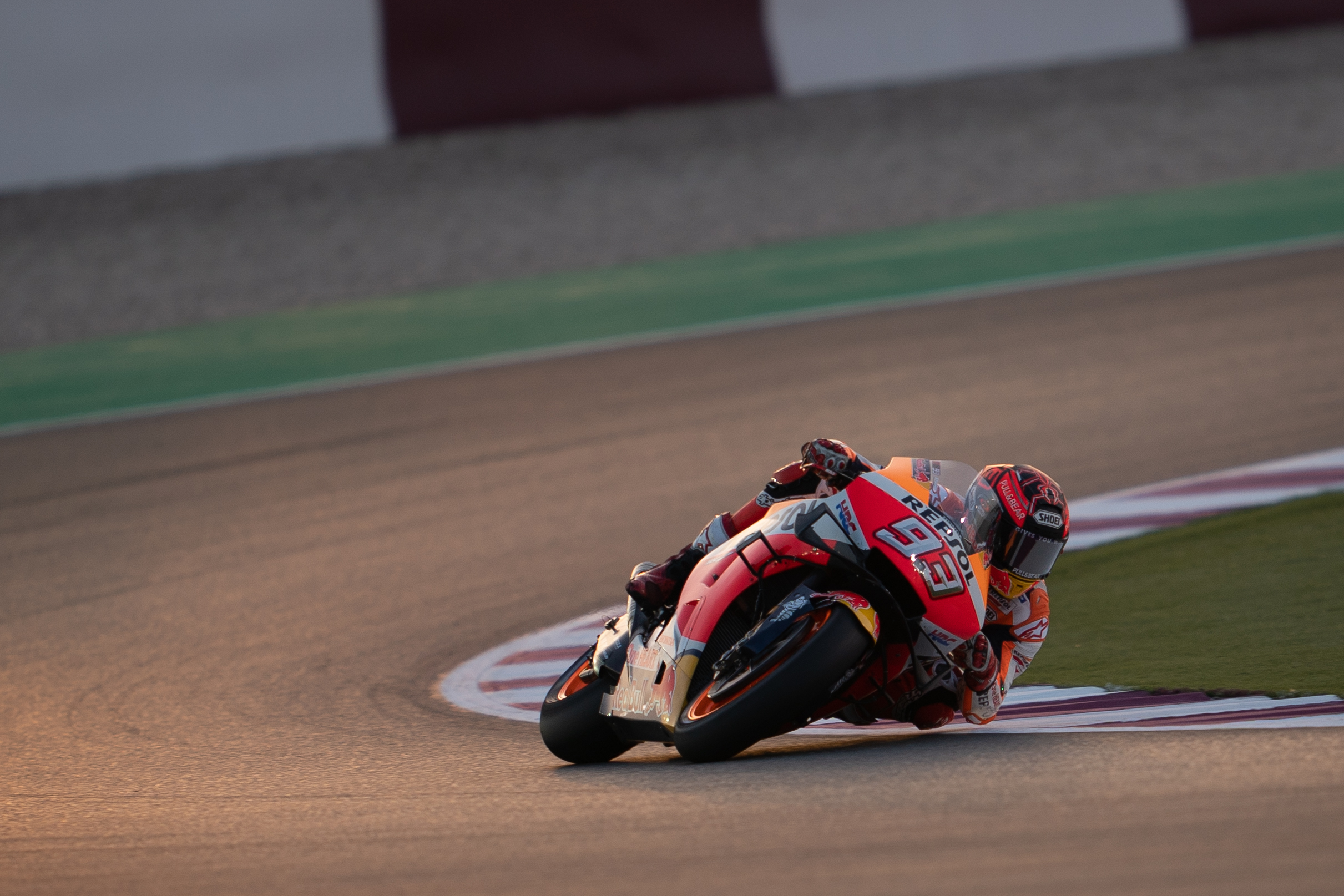 Just one week ago, the Repsol Honda riders tested at the Losail International Circuit with Marc Márquez clocking the fourth fastest time and Jorge Lorenzo sixth.

Marc Márquez:
“Finally, it’s time to go racing once again! This winter has been different due to the surgery, I worked hard with five hours of physio per day with only one goal: arrive in the best conditions in the first race of the year. At the Qatar Test I felt much better than at the Malaysia Test and now I can say that I arrive almost 100%. Honda have done a lot to improve the bike and in the test we were feeling strong, especially for a circuit which usually isn’t the best for us, but we have to keep improving. Qatar is always a special round, not just because it is the first of the year but also because of the conditions. We will have to pay special attention to the temperature and consider everything before the race.”