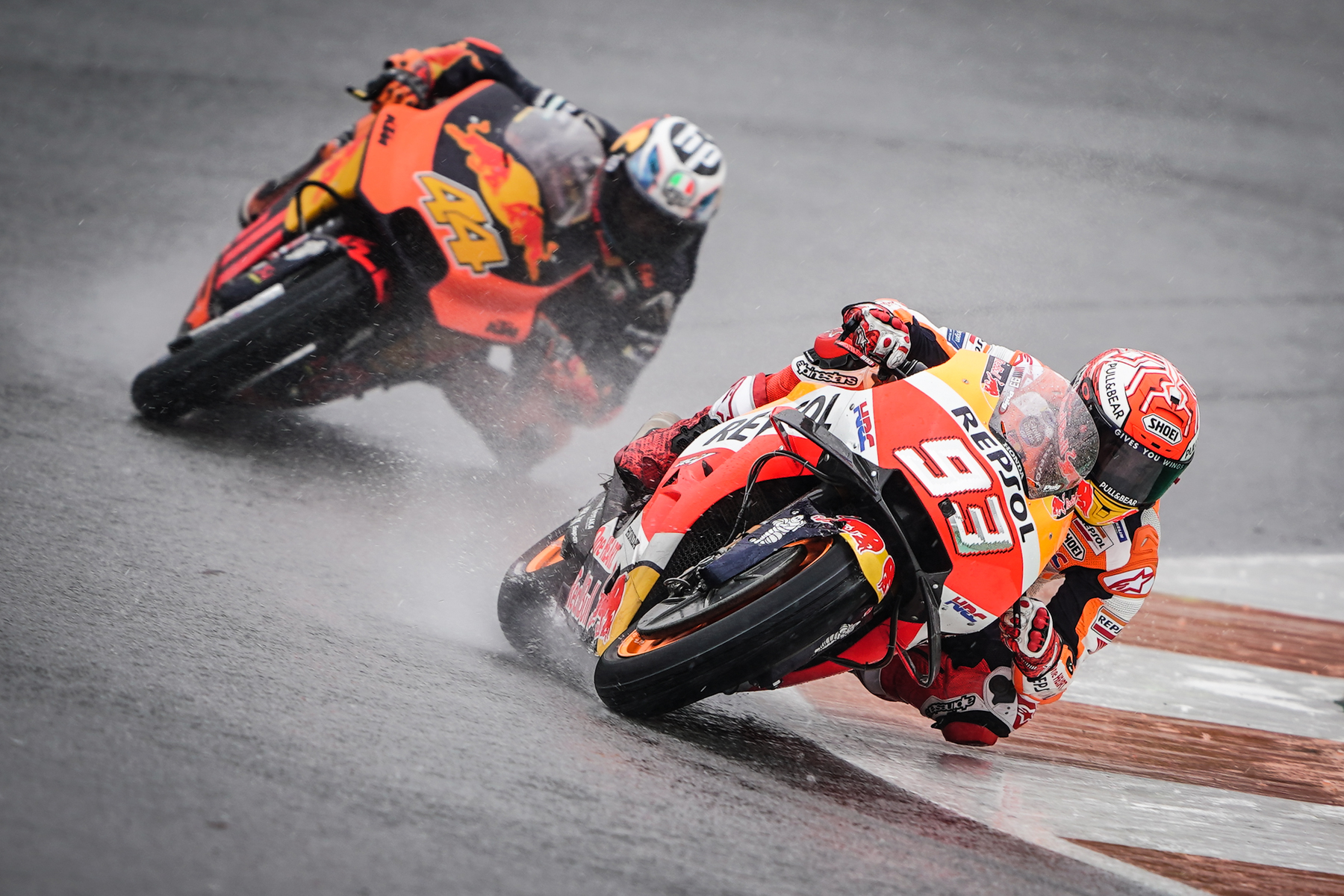 Marc Márquez fell at Turn 9 of the seventh lap, when he was riding in third position.

With today’s result, the Repsol Honda Team added the team title to the rider and constructors honours, completing the triple crown.

Marc Márquez:
“Today I had a big high-side, but the shoulder was okay, just a bit painful from yesterday. Unfortunately, it was a mistake that I chose the medium rear tyre on the grid, as that turned out not to be the best option. I said sorry to the team, as it was my decision; I had felt really good on it in FP3, but when it began to rain heavily after the start, everything became very difficult and got worse and worse, as it was difficult to keep the temperature in the tyre. Anyway, now it’s time to enjoy these final moments having achieved the Triple Crown, which is something really special. The season has been very good, one of my best, without too many mistakes; today’s was probably my worst one. I’m really proud of my 2018 season, but a new one begins on Tuesday.” 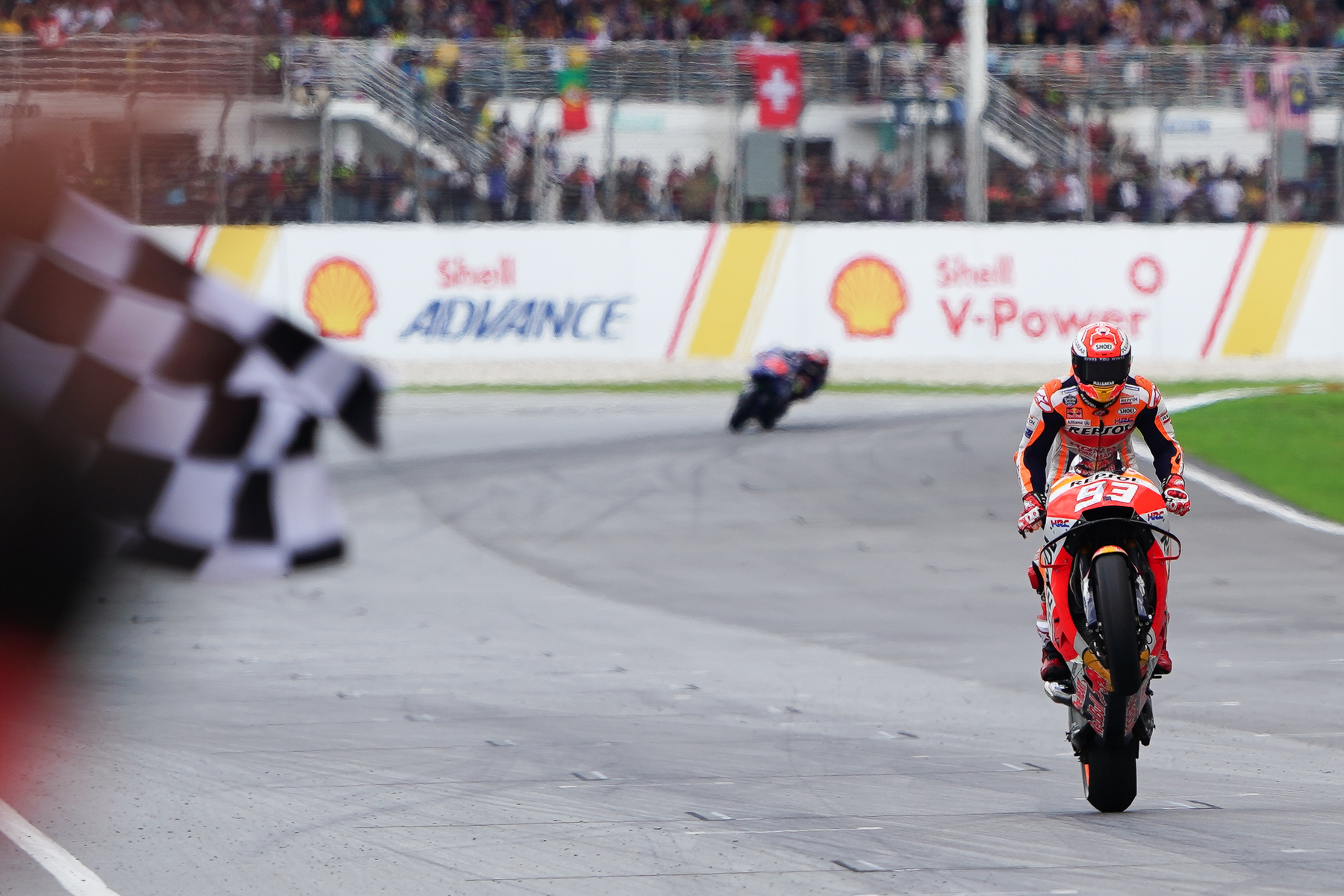 The MotoGP World Champion started from seventh on the grid and, within five laps, was second, 7 tenths behind Valentino Rossi.

Márquez never slowed his pace and, four laps from the end, was 6 tenths off the Italian, who crashed at Turn 1.

Marc Márquez:
“It was a hard race, first of all because I was starting from seventh place. I didn’t get a perfect start, and then my first lap was good but not one of the best of my career. Step by step, I overtook some riders and got to second place. I saw that Valentino was pushing and I started to chase him, lapping at qualifying pace! But in the process, I overheated the rear tyre; the front was also warming up quickly and the feeling wasn’t good. So for a few laps, I just tried to cool down and in so doing I began to feel better and better. I saw I was getting closer to Valentino and honestly that gave me extra motivation. At that moment, it was just a matter of instinct and pushing, something that you can do when you’ve already got the Championship. Unfortunately, he made a little mistake in turn one, which is a shame as it would have been nice to see how the duel would have ended. Anyway, when I saw him crash, I just cooled down and focused on finishing the race. We won, and that was the best way to seal the Constructors Championship. I would also like to congratulate Jorge Martin and “Pecco” Bagnaia for taking Championships. We’ll celebrate together in Valencia.”