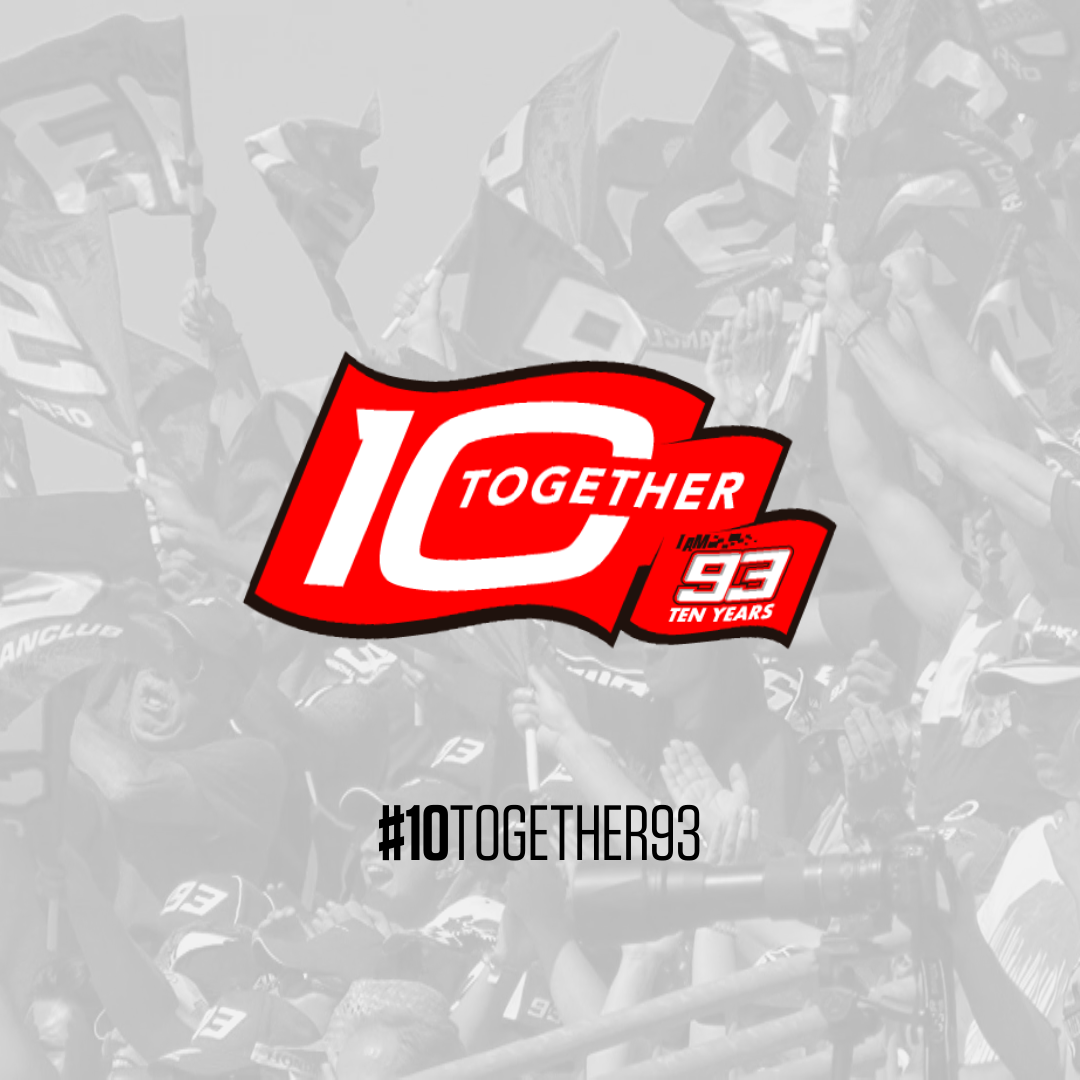 This 2020 the Official Fan Club Marc Márquez 93 celebrates its 10th Anniversary. It was founded in 2010 by its president, Ramon Márquez, just before Marc got his first 125cc World Championship. During these ten years the Fan Club has been able to enjoy all of Marc’s achievements with all the fans, adding up to eight World Titles, six of them in the MotoGP class.

The Fan Club has one main goal: to enjoy races and to unconditionally support Marc Márquez in his career.

The Fan Club will not be able to celebrate these 10 years as we wanted, due to the exceptional situation we are living with the Covid-19, but we want to surprise Marc Márquez with a commemorative video of these ten years.

The huge family of the Official Fan Club Marc Márquez 93 continues to grow up with Marc’s successes at the highest category, and currently already has more than 4.000 members who can enjoy the advantages for being members of the Fan Club.

“This is a special year for the Official Fan Club Marc Márquez 93 as we celebrate our 10th Anniversary.

With the exceptional situation that we are living due to Covid19, fans will not be able to travel to the circuits or be in the tribunes near Marc, but now the priority is everyone’s health, and try to overcome this situation as soon as possible, this should ensure that we can go back to the circuits and celebrate it together and see each other again.

This week the World Championship is starting again and from the distance I encourage you to continue supporting Marc and hopefully it will be a year full of success.

I would also use this opportunity to congratulate the entire Fan Club family. Thanks to all who have voluntarily helped us during these years, in the celebrations in Cervera, at the final seasonal dinner, and in the circuit tribunes, without all of them the Fan Club would not be what it is now: a big family.

It is also a pride to see how we started ten years ago being only a few people and now, step by step, we have been growing ending with a great fan club with more than 4.000 members who all enjoy together the successes of Marc Márquez.

I would like to end by remembering that we have not been sitting around doing nothing during this exceptional situation caused by the Covid19, and we also wanted to join the project of the Márquez brothers by selling protective masks with a special design such as the solidarity helmet that they will wear at the Jerez GP. All the benefits will be donated to Red Cross Plan Response. Congratulations to all and for 10 years more! “