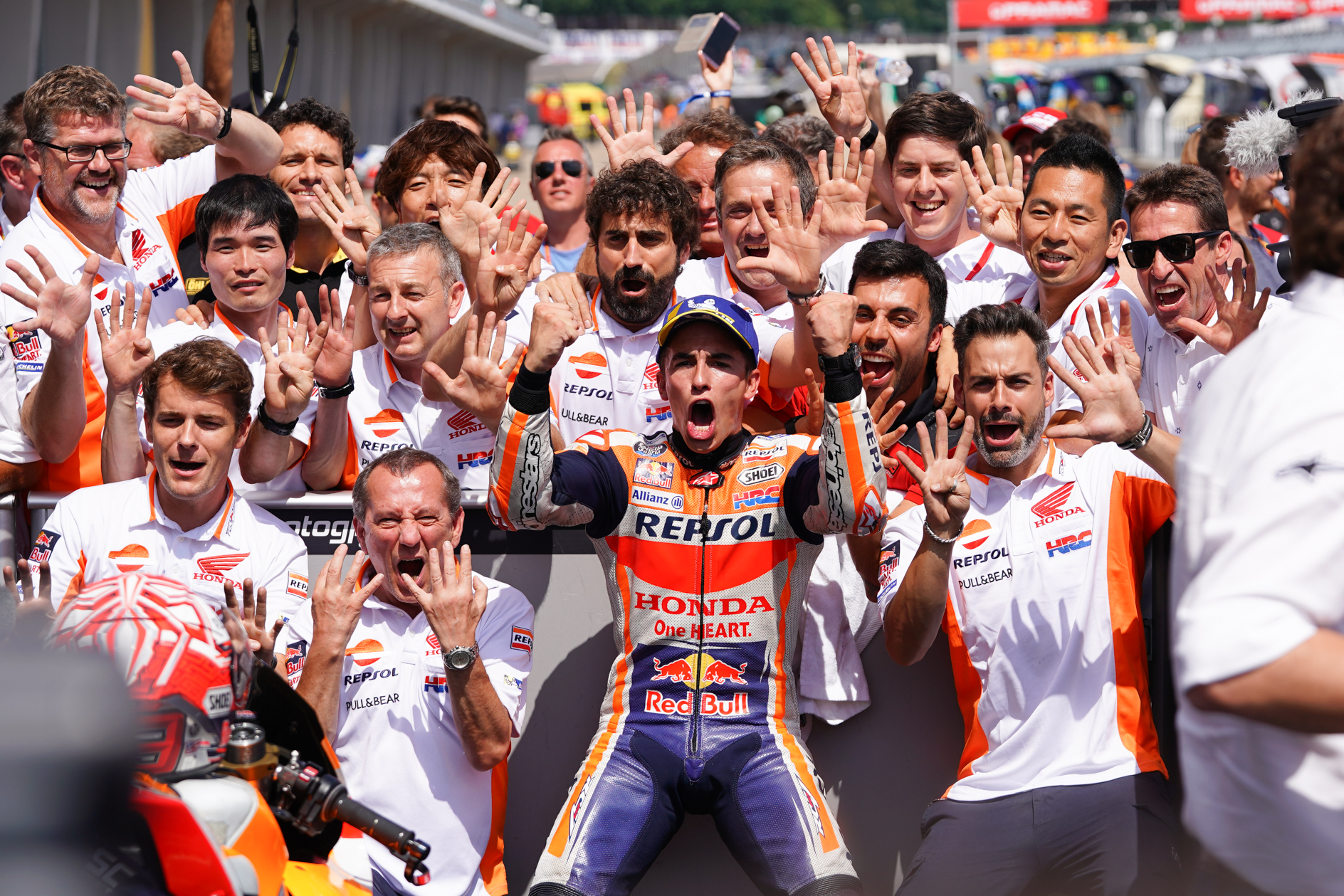 Márquez signs off at Germany with a 46-point advantage over his nearest rival in the overall standings.

The Repsol Honda team rider has nine poles and nine victories at the Sachsenring, six of them in MotoGP, two in Moto2 and one in 125cc.

Marc Márquez:
“Of course I’m very happy, as nine wins in a row here is incredible! But every year the pressure increases, because beginning on Thursday, everyone starts asking about winning on Sunday! Anyway, we have the experience to handle that as well. Today I expected the race to have different phases, with the first tyre drop happening after around nine laps and a final one seven to five laps from the end. I was prepared to manage the different situations, but in the beginning it wasn’t easy because my start wasn’t perfect. I expected that Lorenzo might pass me but not Petrucci. I lost two positions and then overtaking them wasn’t easy. When I did it, I started to push in order to pull a gap but without being ‘crazy’ so that I could manage the tyre consumption until the end of the race.

But then they signalled me that Valentino was closing in very fast, and when I saw 0.6 in the board I understood that I had to push again and completely use my tyres for two or three laps, so I did my fastest lap of the race. I was able to open a gap again and then manage it. Then, when I was celebrating I saw a marshal with a No. 26 cap, so I took it and went to celebrate in front of the fans because I think this weekend Dani was the protagonist, and we’ll miss him. We and Honda are working very well and we need to continue like this in the second part of the Championship with the same feeling we’ve had so far”.