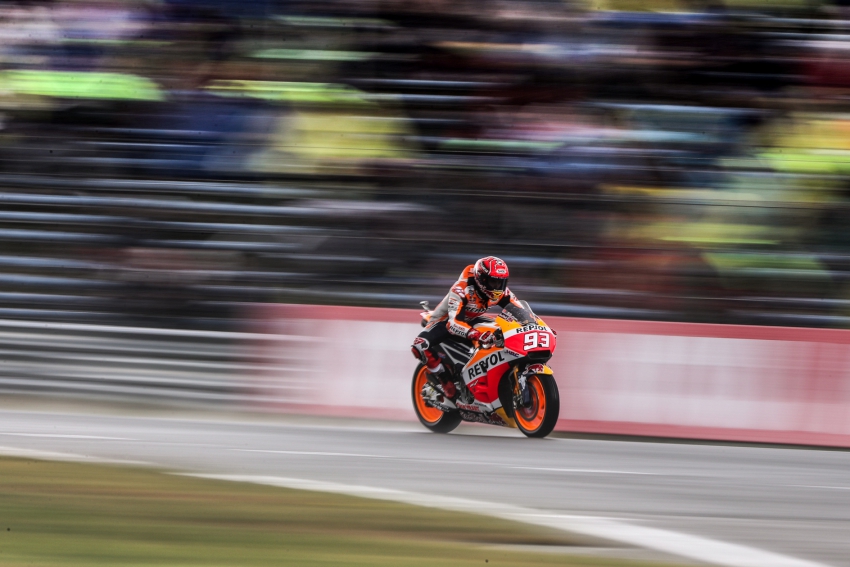 MÁRQUEZ REACHES THE CIRCUIT WHERE HE HAS WON MORE TIMES

This year’s Motorrad Grand Prix Deutschland marks the midway point of one of the closest seasons ever, with Marc Marquez, fresh from a podium finish in Assen three days ago, lying fourth in the Championship standings, just 11 points off the lead.

The circuit was resurfaced after the 2016 race.

Marc Márquez: “I look forward to going to the Sachsenring, a circuit that has proven to be good for us in the past. Of course we’ll have to wait and see how things go, as the track has been resurfaced and we know it can be quite different, starting with the grip, which will probably be higher compared to recent years. We must remain concentrated in order to be able to manage every situation as well as possible, like we did in Assen. In any case, it’s a circuit that I like and where I’ll try to be stronger. We’re just 11 points from Dovizioso at the top, and that’s good. This Championship is really open, and we must keep calm and keep working hard to be better and better in the coming races.”