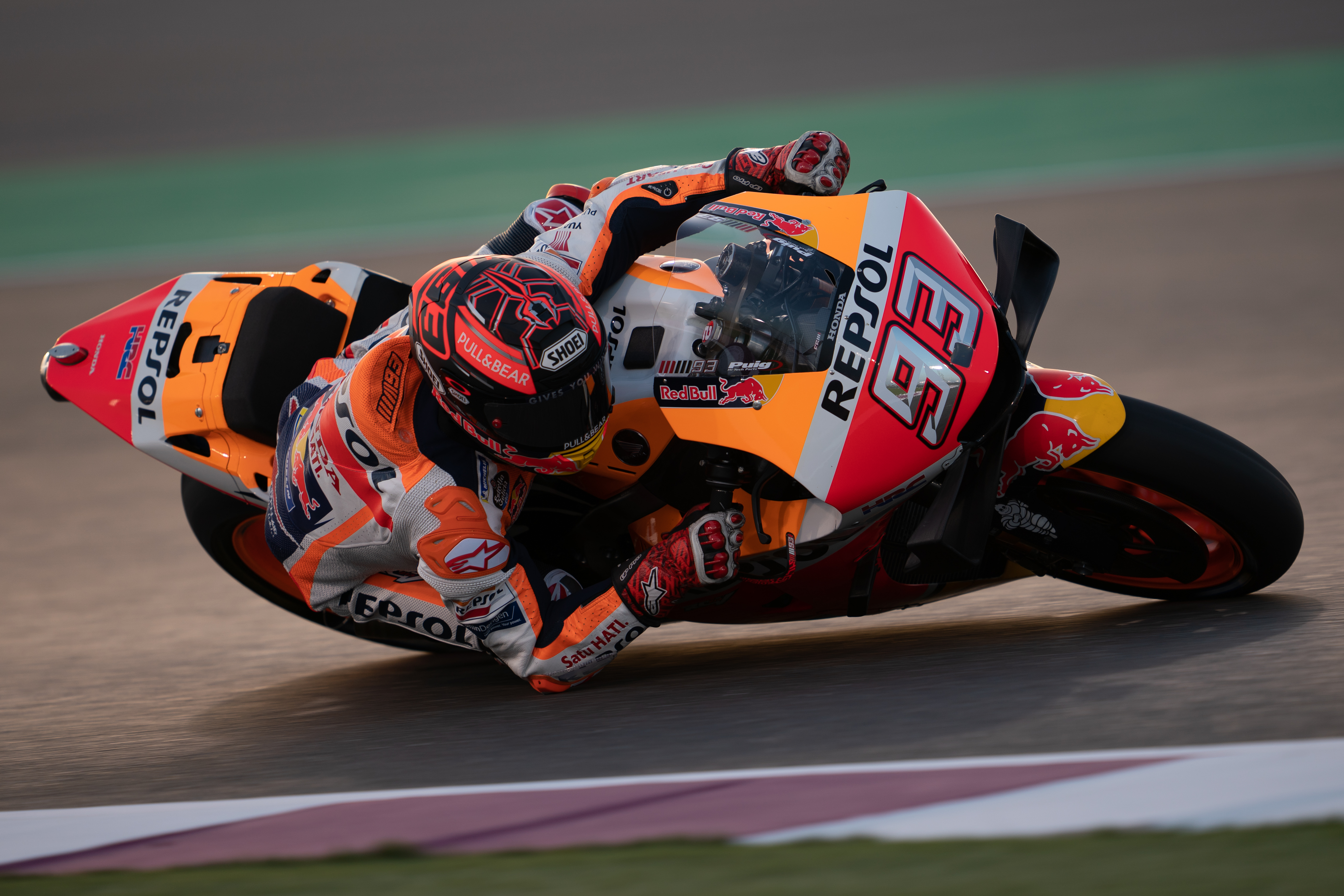 Incredibly high winds were waiting as the Repsol Honda Team arrived at the Losail International Circuit for the final day of pre-season testing. This delayed Marc Marquez slightly as the track opened. Track temperature fell during the night, causing a spate of late crashes.

When the wind did drop, riders began to fly. Marc Marquez led the charge and set a succession of quick laps, settling on a 1’54.613 before the end of his run. A fall at Turn 6 with two hours remaining did little to dent his confidence and he soon returned to running. With 144 laps completed, Marquez’s time of 1’54.613 saw him end the Qatar Test in fourth.

Marc now return to his respective home before travelling back to Qatar, ready for Free Practice 1 of the Qatar GP on Friday, March 8 and the opening race on Sunday, March 10 under the floodlights.

Marc Márquez 1:54.613: “I feel ready today, ready to start the season. Like yesterday we did a lot of laps, worked well and made some more steps. We’re still not 100% but we have a good feeling. Qatar is a track where normally we struggle, but at this test we are there with everyone else. It was a bit difficult with the wind and the temperature on track tonight but we still did what we needed to.”