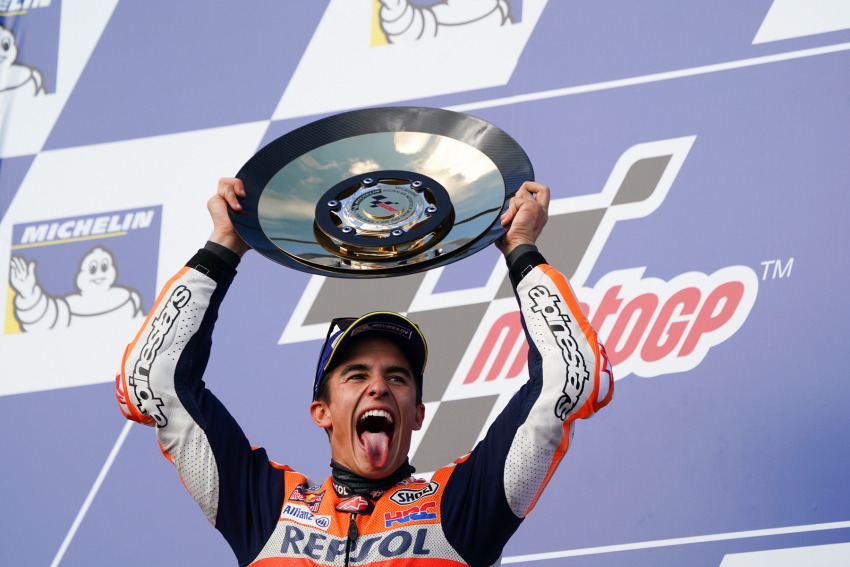 KEY WIN FOR THE CHAMPIONSHIP IN AUSTRALIA

Marc Márquez scored his sixth win of the season and heads to the Malaysian Grand Prix with a 33 point lead over Andrea Dovizioso in the overall standings.

The Repsol Honda rider has 9 podiums from the last 10 races, and one more victory than last year when he was crowned MotoGP World Champion.

Marc Márquez: “It was such an amazing race, I think we put on a fantastic show for the fans! I’m very happy, as I knew that today was important. Dovi was struggling a little this weekend, while I was feeling really good on the bike and had to make the best of it. When the race started I was thinking I had to stay calm and manage the tyres, but then Zarco hit me and I realized it was going to be a battle. I was in a group of fighters. I knew I had to push and defend, but also to attack. So I just tried to control the situation and then, with around eight laps to go, I just gave it my all. I pushed really hard for three or four laps and that was it. I’m happy with the win of course, but even more with going to Malaysia with a 33 point advantage!”