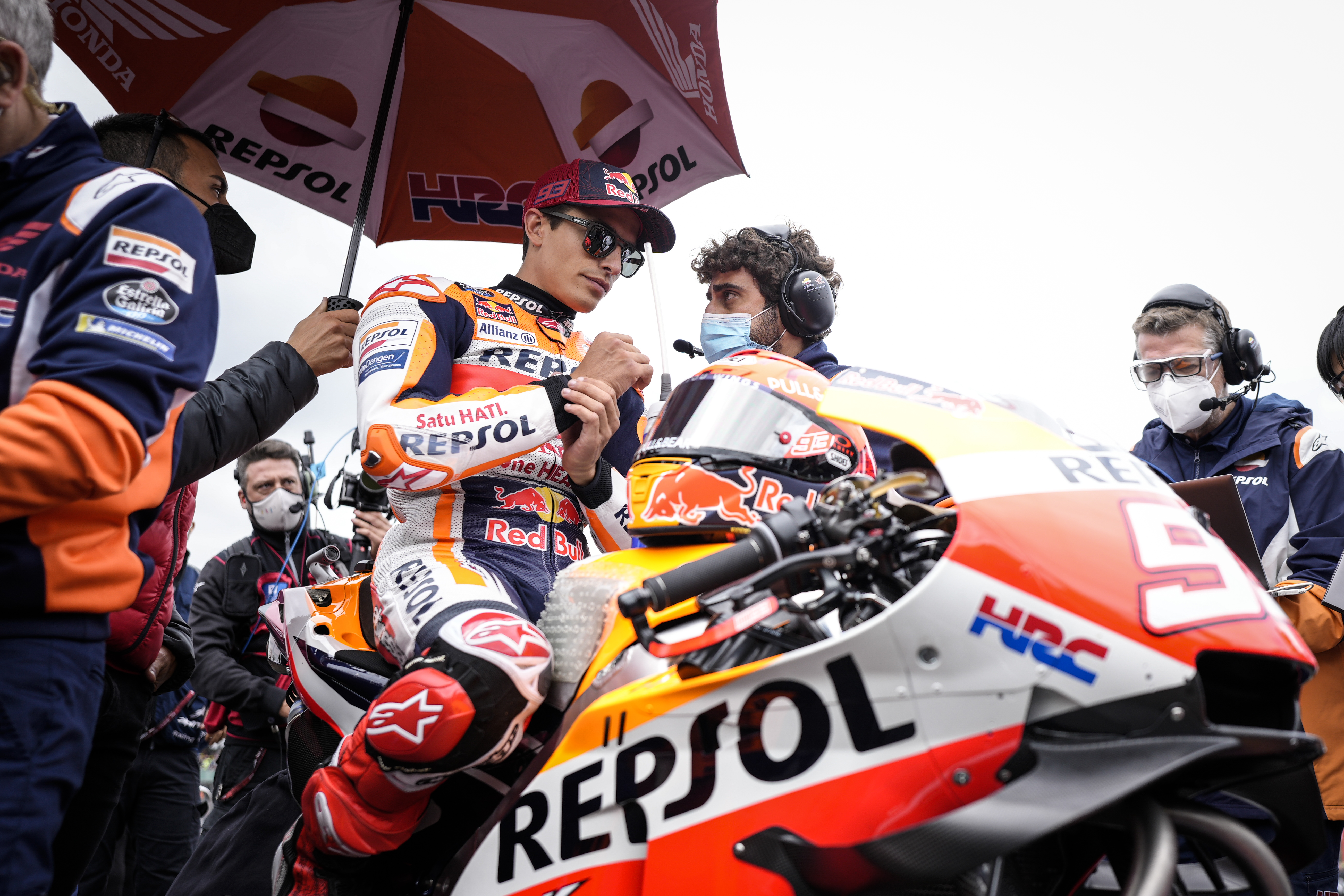 An early end for Marc at Silverstone

It was a strong start for Marc Marquez as well behind his teammate, the eight-time World Champion keeping position among the leaders. Contact with Jorge Martin sent Marquez wide soon after, the pair coming together again soon after and both falling. This would end Marquez’s race. Unharmed, the #93 returned to the garage to debrief with his team before heading to apologise to Martin and his Pramac Racing Team for the contact. Marquez is now refocusing himself on the upcoming race in Aragon, his home round.

Although ultimately on race day it proved to be a weekend of two halves for the Repsol Honda Team, Marquez showed significant and consistent speed over the course of the GP. Round 13 will be at the Aragon circuit, a track where the RC213V has excelled – having taken seven wins from the 12 Grands Prix held there since 2010.

Marc Márquez, DNF: “First of all I want to say sorry to Jorge Martin, already I went to him and his team to say sorry after the race. It was my mistake; I was too optimistic with that overtake. Races are sometimes like this and today it was me who made the mistake. Overall the weekend has been quite good as we have been fast in a lot of sessions, even after a big crash on Friday. It’s a shame to make this mistake in the race because we had the pace to do something interesting here today.”