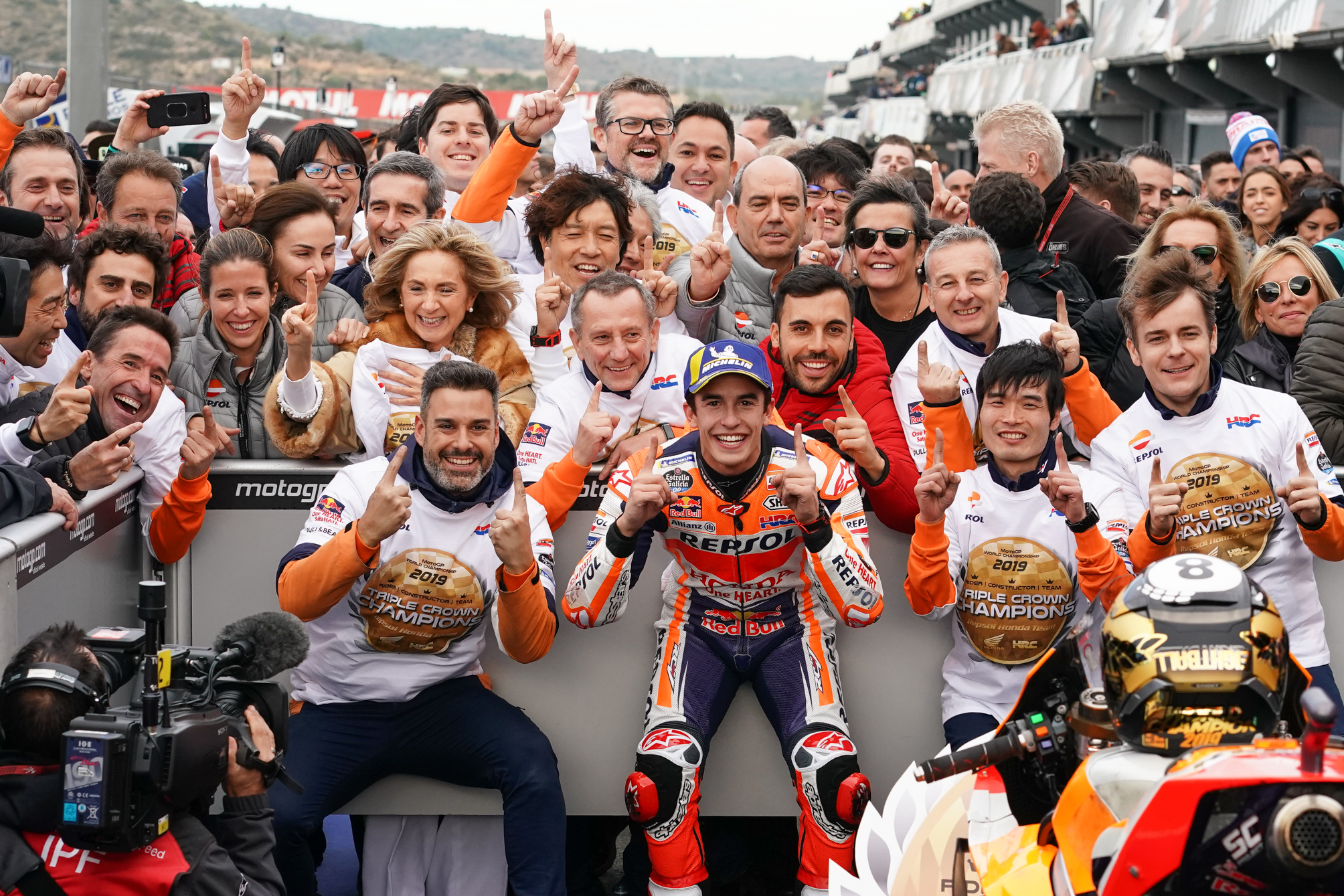 Win for Márquez and Triple Crown for Repsol Honda

Marc Márquez closed the season with another victory, completing a practically perfect year in which he took twelve wins and six second positions.

Marc Márquez:
“A perfect end to a perfect season with the victory! I put a little extra pressure on myself with the gold helmet, so I needed to be extra smart! We did exactly what we wanted to do and won the Team Championship, taking the Triple Crown in this amazing season. Always the Riders Championship is the first objective, but I was happy to help win the Team Championship, not just for them but also for Jorge who has been a great champion, a hard rival and a great teammate. It will be difficult to improve on this year because we rode in a perfect way.“