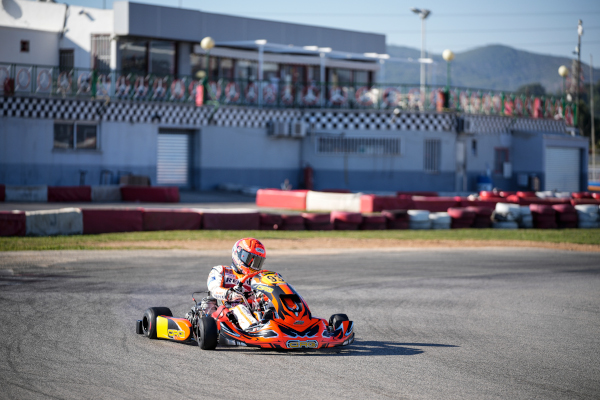 The CEO and representative of CRG in Spain, Carlos Gil, deliver the CRG KZ karts to Marc and Alex Márquez at the legendary Karting Vendrell.

The Márquez brothers have reached an agreement with Carlos Gil, CEO of the historic Karting Vendrell circuit and representative of CRG in Spain. With this agreement, Marc and Álex Márquez will have two state-of-the-art CRG KZ karts to introduce the karting modality in their training plan.

The Italian manufacturer CRG is a leader in the karting sector with more than 20 world championships. Drivers such as Michael Schumacher, Nico Rosberg, Lewis Hamilton and Max Verstappen were some of the champions of this prestigious brand, which Karting Vendrell distributes throughout Spain under the guidance of Carlos Gil.

Karting is a very physically demanding modality. The entire upper body is tested with practicing it, especially the back, arms, and neck, due to the high speed obtained when cornering with the powerful CRG KZ competition karts.

Marc and Alex Márquez’s first contact with the CRG KZ karts took place at the Karting Vendrell circuit, where they fine-tuned the single seaters together with the entire technical team of Carlos Gil.

The Márquez brothers spent a fun training day where they enjoyed the sensations of driving a competition kart and were able to see how demanding this automobile modality is.