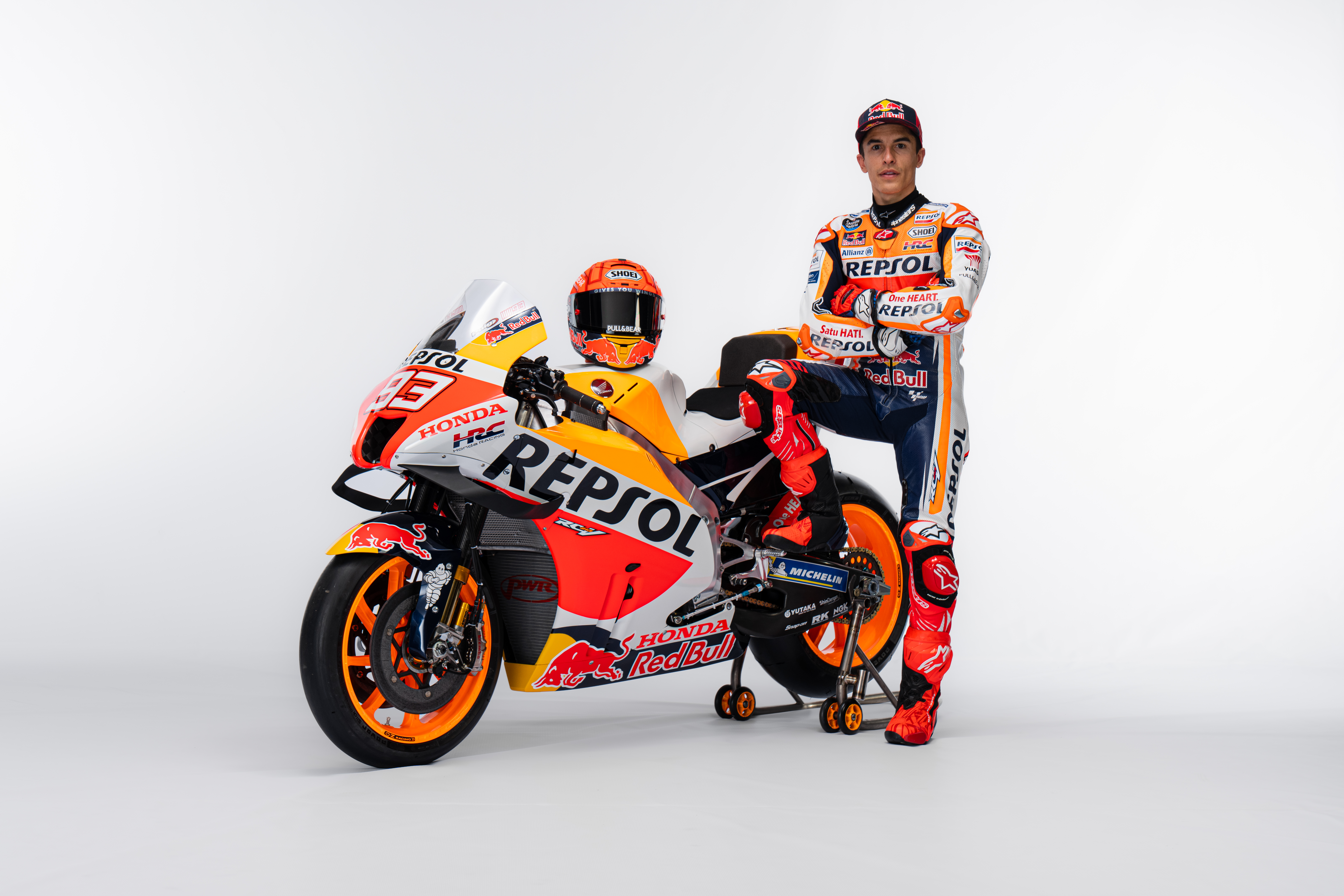 Marc Marquez and Pol Espargaro launch the 2022 Repsol Honda Team livery as the start of a new season rapidly approaches.

The 2022 season begins with renewed motivation for the Repsol Honda Team. Despite experiencing hardships both on and off the track during 2021, there have been incredible highs and moments of celebrations in the last 12 months including a pole position, three wins and five podiums in total. 2021 saw the triumphant return to competition for Marc Marquez, returning to winning ways 581 days after his last win.

Marc Marquez begins 2022 fully recovered from the diplopia which ended his 2021 campaign early. The last two injury-hit seasons have not quelled his hunger and the eight-time World Champion is as determined to fight for the title in his tenth season with the Repsol Honda Team as in his first season. Since stepping up to the premier class in 2013, Marquez has earned six MotoGP World Championship titles, won 59 races, finished on the podium 99 times, and earned pole position on 62 occasions – all with the iconic Repsol Honda Team. All of these are numbers which the #93 is aiming to increase in 2022.

With a successful test in Sepang, Malaysia already under their belts, Marc Marquez and Pol Espargaro are now preparing for a new challenge at the Mandalika Circuit in Indonesia with the Repsol Honda Team. Both riders will have three more days of riding before the 2022 MotoGP World Championship begins at the Losail International Circuit, Qatar on Sunday, March 06.

Marc Márquez, 93: “Ten seasons already in MotoGP and ten seasons in the Repsol Honda Team is a dream. I mean it’s something I couldn’t imagine in my best dreams, of course also during these ten years we have achieved very good results, so for sure this is something special and I want to enjoy it. I know we will try to win the title to celebrate it well! My goal this year is to try and fight for the championship. We have started the season well already in Malaysia and now we prepare to head forward to this test in Mandalika and continue our preparations.”