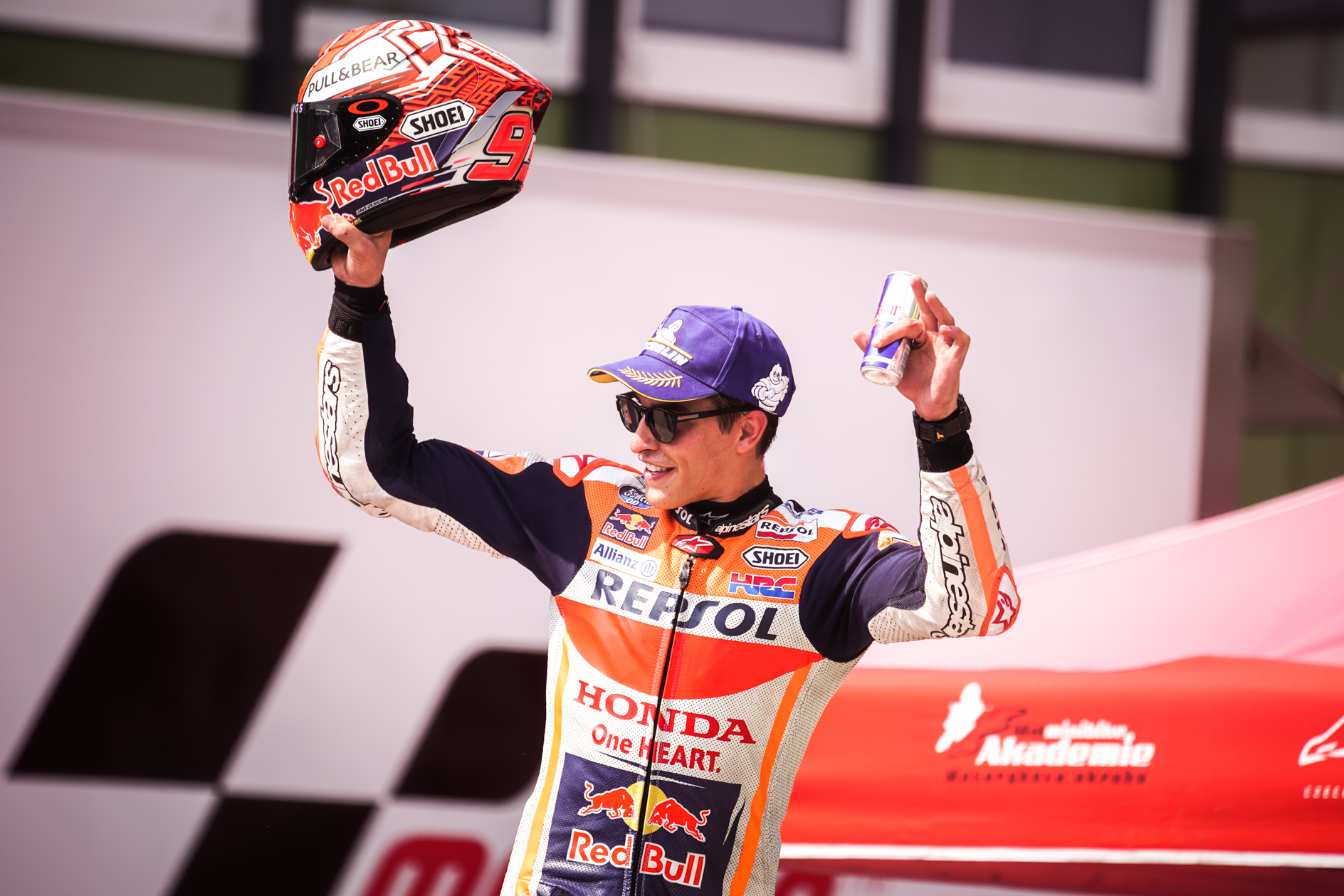 Podium for Marc Márquez in his 100th MotoGP race

Marc Márquez, who started from third, was in the leading group from the early stages of the race. On the last lap the Repsol Honda rider contested victory against Dovizioso and Lorenzo, finally finishing third.

With this result, the reigning MotoGP World Champion increases his advantage in the overall standings to 49 points.

Marc Márquez:
“Our target for the weekend was to extend the lead in the Championship, and we achieved that. We arrived here with a 46-point edge, and we leave with 49, which is very good. Already yesterday I was expecting that Lorenzo and Dovi would be the strongest opponents, maybe with Valentino, and they were all there today. I was ready to fight as well, but honestly it was difficult to fight against the two Ducatis as they had strong acceleration and braking stability. I tried but it wasn’t possible, so we took this positive third place. Today was my 100th race in MotoGP, and I used the experience that comes with that; if it had been my second or third MotoGP race, I probably would have tried for the win and either got it or crashed, but it was the 100th and I used wisdom. Third is my worst useable result this year, and I’m happy with it because we finished very close to the top at a track where we often struggle. I’m confident, as better tracks for us will come.”