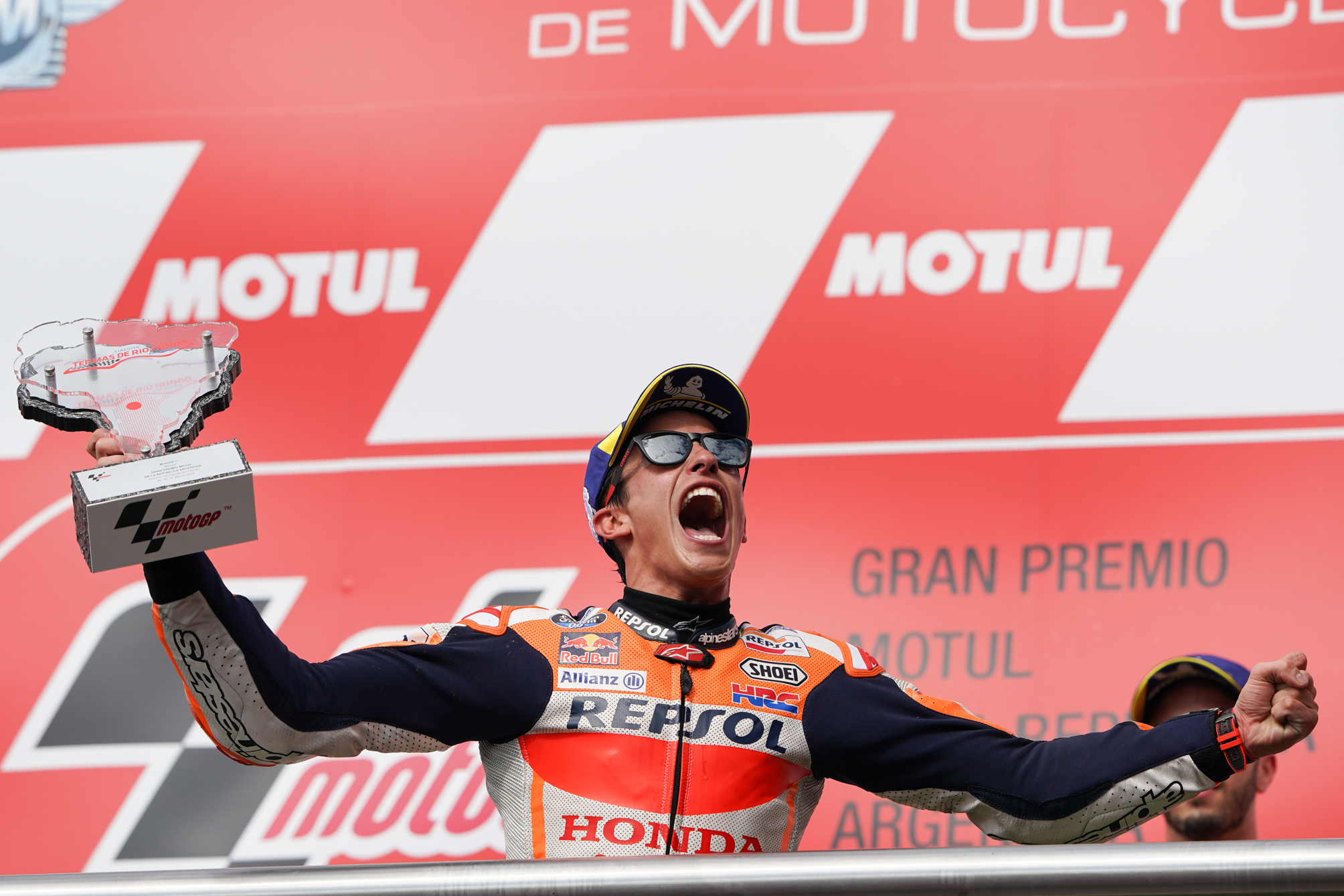 Marc Márquez did not give his rivals a chance at Termas de Río Hondo on Sunday, and claimed his 71st Grand Prix victory -his 45th in MotoGP- in a dominant display from start to finish.

The Repsol Honda rider earned the treble of a race win, fastest lap and pole position, and had topped every practice session bar FP2 on Friday -in which he was eighth. He now holds three wins at the Argentine track.

Marc Márquez:
“Today was a perfect day. I have been so concentrated since FP1 and everything worked well, just a tiny hiccup in FP4. But we kept pushing and in the race I knew that my strongest point was the first five laps. I put everything in and then I saw the difference, one second, two seconds, three seconds and then I settled into my rhythm and pushed a little less. I managed the tyres and the bike, it was a really sweet feeling with the bike.”