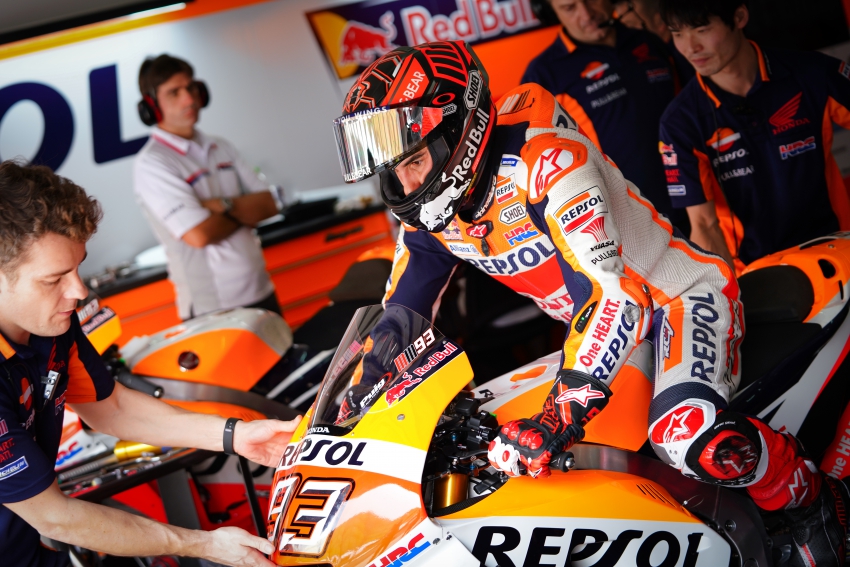 MÁRQUEZ READY FOR THE START OF THE WORLD CHAMPIONSHIP

The reigning World Champion begins the defence of his crown at a circuit where in the past he has achieved two victories: One in Moto2 in 2012 and another in MotoGP in 2014. He holds three other podiums in Qatar: One in 125cc in 2010 and two in MotoGP, in 2013 and 2016.

Marc Márquez: “I’m really excited that the first race to has finally arrived. It looks like it’ll be a very competitive season, starting from the first race here in Qatar. Having tested here so recently, we know there are several riders who are already very fast, within only 2-3 hundredths, so the race could be exciting and anything can happen on Sunday. We’ve also worked well during the winter tests and now we look forward to getting started”.

“The Qatar round is a unique one compared to the others on the calendar, and we’re aware that it’s not one of the easiest for us. Still, during the test we focused on trying to get as close as possible to the pace of our opponents on used tyres, and at the moment we’re not that far off. It will be a long season and we’ll continue working on our bike’s setup to try and make the best of every situation on race day.”