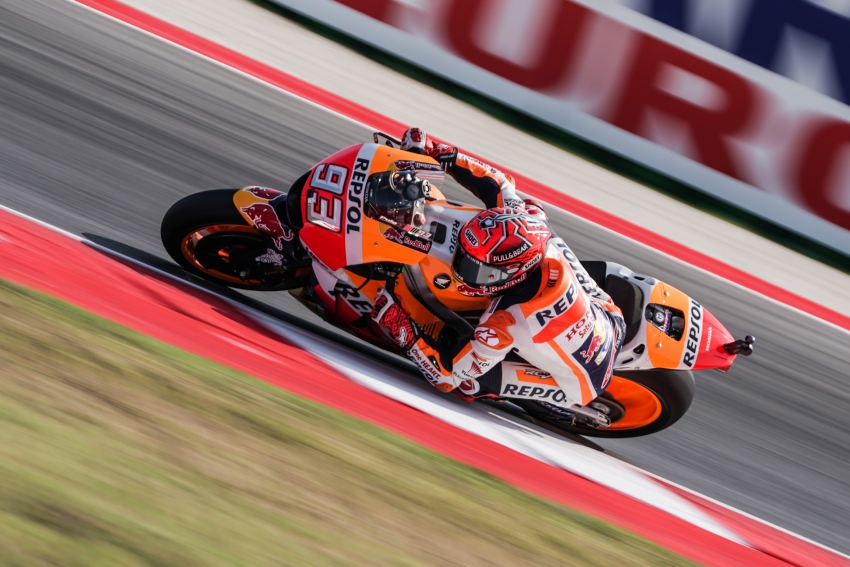 Marc Márquez face the Aragón GP this weekend, a third Spanish round of the season and the last before the decisive triple flyaway.

The Cervera rider has always taken pole at MotorLand since his MotoGP debut: Four times between 2013 and 2016. He has also earned three victories: One in Moto2 and two in MotoGP.

Márquez has twice achieved a podium finish in all four Spanish races -in 2013 and 2016. This season he has been on the rostrum in the two rounds held so far: The Spanish GP and the Catalan GP.

Marc Márquez: “This Championship is amazing, so close! At Misano we returned to the top of the Championship, equal on points with Dovi, and our other title rivals aren’t far away at all. The last five races will be very intense and hard-fought; we must keep working hard. I’m happy to go to Aragón this weekend. This is one of my favourite tracks on the calendar, and we’ll try to give 100% in front of our home fans and fight for the victory like we did at Misano. We’ll push from FP1 until the last lap of the race!”