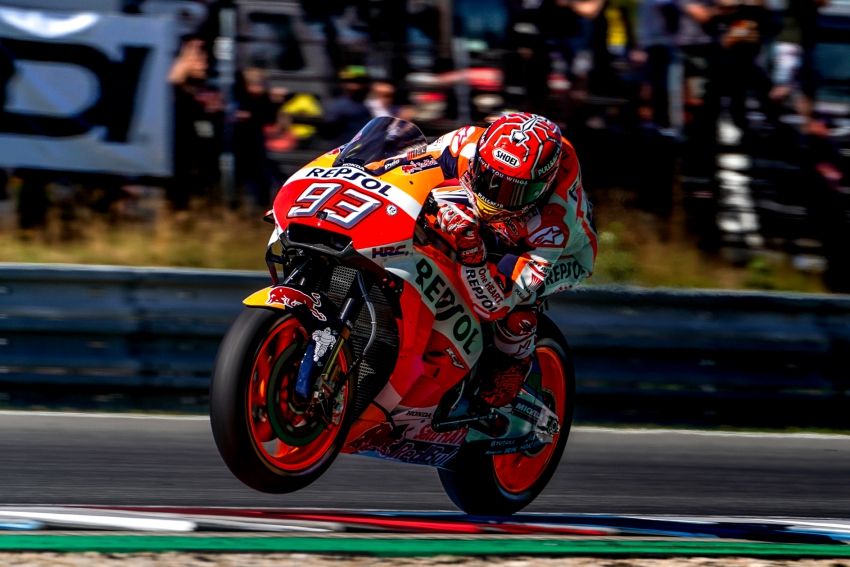 MÁRQUEZ LOOKING FOR HIS THIRD STRAIGHT WIN IN AUSTRIA

Marc Márquez will take part this week in the eleventh round of the World Championship, an Austrian Grand Prix to which he arrives with a reinforced lead.

Marc Márquez started the second half of the World Championship in the lead, and arrives to Austria with his biggest points advantage of the season: he leads the overall standings with 154 points, 14 over the second.

Marc Márquez took a podium position in 6 of the last 8 races, with three victories for him (at the The Americas, Germany and Czech Republic GPs).

Marc Márquez: “The Red Bull Ring is a circuit where we struggled quite a bit last year but hopefully this year it will be different. Brno also used to be a challenging track for us but in the end we got a fantastic result, so we’re going to Austria feeling positive. In the post-race test we were able to look into several aspects of our bike’s setup, also in view of the next race, such as getting better acceleration and reducing the wheelying. Of course we also need good stability on the brakes so we’ll see; as always, it will be a matter of finding a good compromise. We’ll do our best to get a good result and to gain important points for the Championship.”