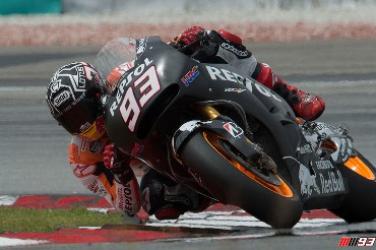 Repsol Honda’s Marc Marquez has finished the first three-day test of 2015 on top of the time sheets. This morning during the cooler temperatures, 2014 World Champion Marc recorded the fastest ever time on two wheels around the Sepang circuit with his time of 1’58.867 on lap 8 – of 52 – (beating his own record of 1’59.533 from the 2014 Winter test), as all the riders took to the track in a time attack. In the afternoon, Marc completed a 20 lap race simulation, and gained valuable data about the current spec Honda.

The HRC engineers will now take the data collected from this test back to Japan to analyse and prepare for the second Sepang test, due to take place on the 23-25 February.