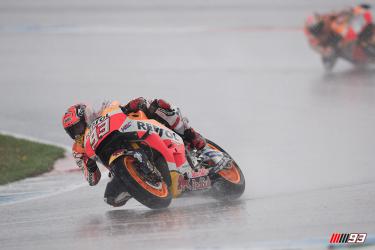 MARQUEZ AIM TO KEEP UP BRILLIANT RECORDS AT SACHSENRING

Marc Marquez has taken 6 wins at Sachsenring, at all levels of Grand Prix racing, and he comes into the German GP as the World Championship leader, with an advantage of 24 points over his nearest rival.

After the unpredictable Dutch TT, the Repsol Honda Team rider head to Sachsenring, which will host the eighth round of the World Championship and mark the halfway point of the season. Marc has very fond memories of a circuit at which he has earned six wins, in 125cc, Moto2 and MotoGP in a run that stretches back to 2010.

Marc Marquez: “We’re going to the German GP aiming for a podium position and of course possibly to fight for the win. The Sachsenring is normally a very good track for me that I like very much, maybe because it has so many left-hand corners, a bit like a dirt track! On the other hand, it’s another one on the calendar where the weather has sometimes played a crucial role in the past, so we’ll see how it goes there. We’ve learned from the past and we’re approaching this season race by race, trying to be ready and make the most of what we have and what the situation requires. In any case I’m happy we’ll be back in action shortly and I’ll do my best to get another positive result before the summer break.”