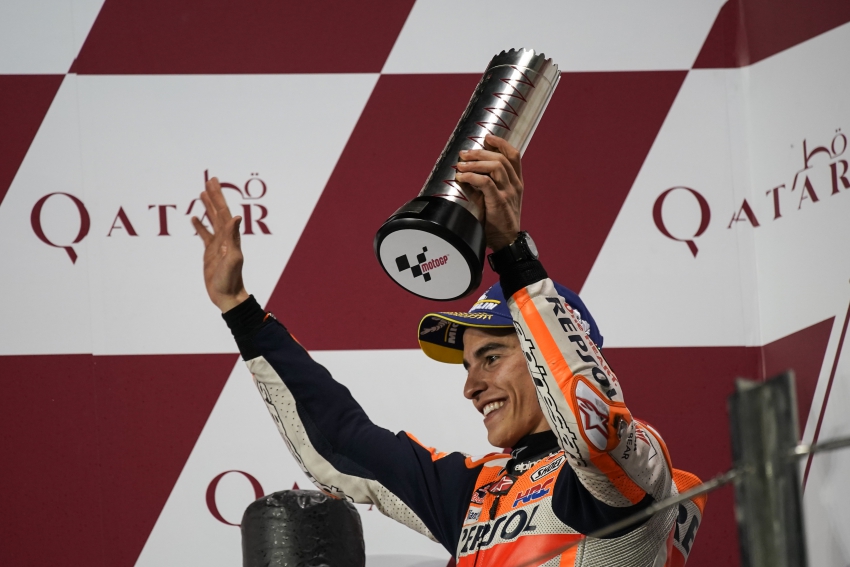 MARC MÁRQUEZ OPENS THE SEASON ON THE PODIUM

Off the start line, Marc Márquez were in second position behind Johann Zarco.

Marc Márquez rode the entire race between second and third, and tried to take the lead on the last corner, but he ran wide and Dovizioso recovered the position to take the victory by just 27 thousandths of a second.

This is the sixth podium for Marc Márquez in Qatar, where he has been on the rostrum once in 125cc, once in Moto2 and four times in MotoGP.

Marc Márquez: “What a race! I’m really happy with our second place finish because this is one of the tracks on the calendar where we struggle most. After the pre-season test we knew what we could expect. With the hard front tyre I was struggling a bit in the left corners but with the medium I wouldn’t have finished the race. I tried to pass Dovi in the last corner but he beat me. Honestly, I was expecting that, but I had to try the move anyway, to see if there was any way we could make it happen. In the end, Dovi had something more than me and he deserves this win. Even if he was a bit behind at the start, I was waiting for him­­­–I was waiting for the red! I knew his tactic was to push at the end and when he passed Zarco I said to myself, ‘let’s go!’ I followed him and almost went wide, but it was a great race and a great show. The thing I’m most happy about is that, this time, we were able to stay with him on the straight and this is very good.“