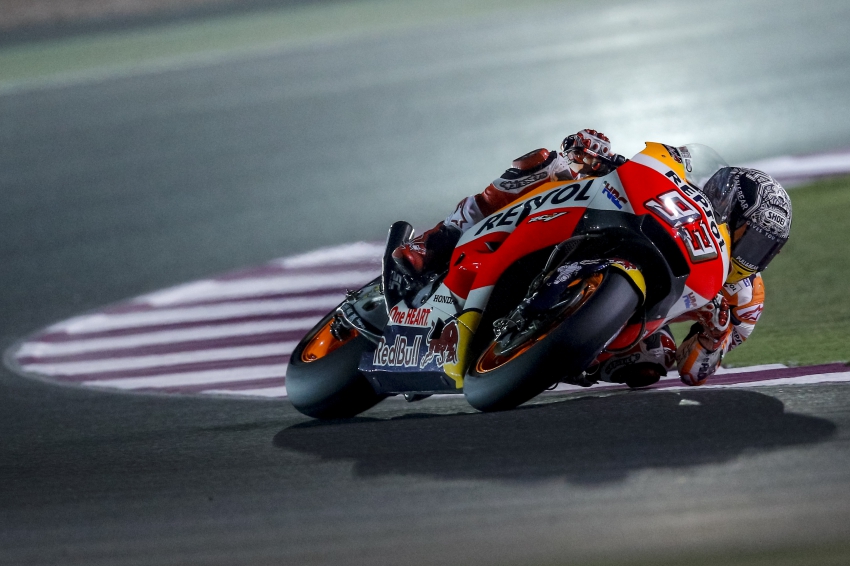 The Cervera rider spent a productive night completing his testing plans, which included electronics, aerodynamics and refinement of general race setup, with the focus on keeping a good race pace. Marc fell once very early in the session and twice after 9 p.m. with no consequences, but he had to abort his race simulation on his sixth lap in the mid-1’55” range.

Action will resume at the same track on Thursday, 23 March, with FP1 for the Grand Prix of Qatar, the opening race of the 2017 MotoGP Championship.

Marc Márquez: “I’m happy with the pace we were able to keep today but of course it hasn’t been the best test of the pre-season for us. I crashed three times, the first at the very beginning because the bike had a wobble at turn 4 and I braked late. Then later in the night I lost the front twice, and especially the last crash during my race simulation was my fault. But when you’re doing a long run you must try and push, otherwise you can’t understand where you really are. Anyway, better if this kind of thing happens now, during a test, and hopefully when we come here again for the race we’ll be able to manage things better. As I said, our rhythm is quite good; only Maverick [Viñales] is faster than everyone here, and if we were to race tomorrow I believe we should be able to fight for the podium.”