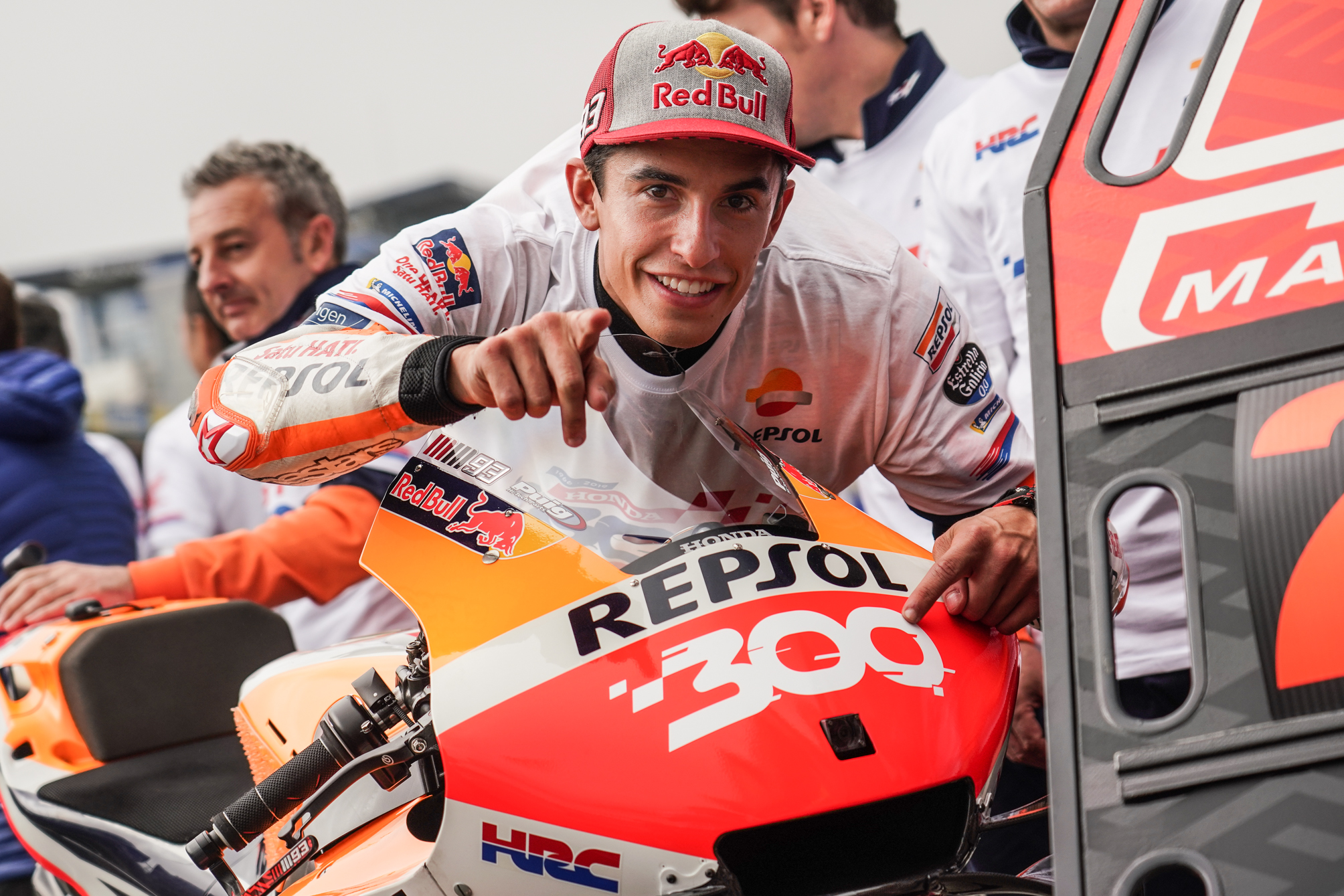 Another Márquez masterclass in France

The reigning MotoGP World Champion led the way into the second corner and, except for three laps in which Jack Miller occupied the lead, was out on his own for the rest of the race . From Lap 7 he extended his advantage, which reached over 4 seconds.

His victory equals teammate Jorge Lorenzo’s 47 in MotoGP, and gives Honda a 300th win in the premier class.

Marc Márquez:
“Of course here in Le Mans it’s always difficult with the temperature and the weather, especially today. I think this is the first time I have had a race where I had the soft tyre in the front but it was the safest option. I was focused on being consistent until I saw the gap increasing, I pushed a little bit more and into the low 32s until I saw I had two seconds. I’m happy with today’s result and it is fantastic to be able to take Honda’s 300th premier class win!“