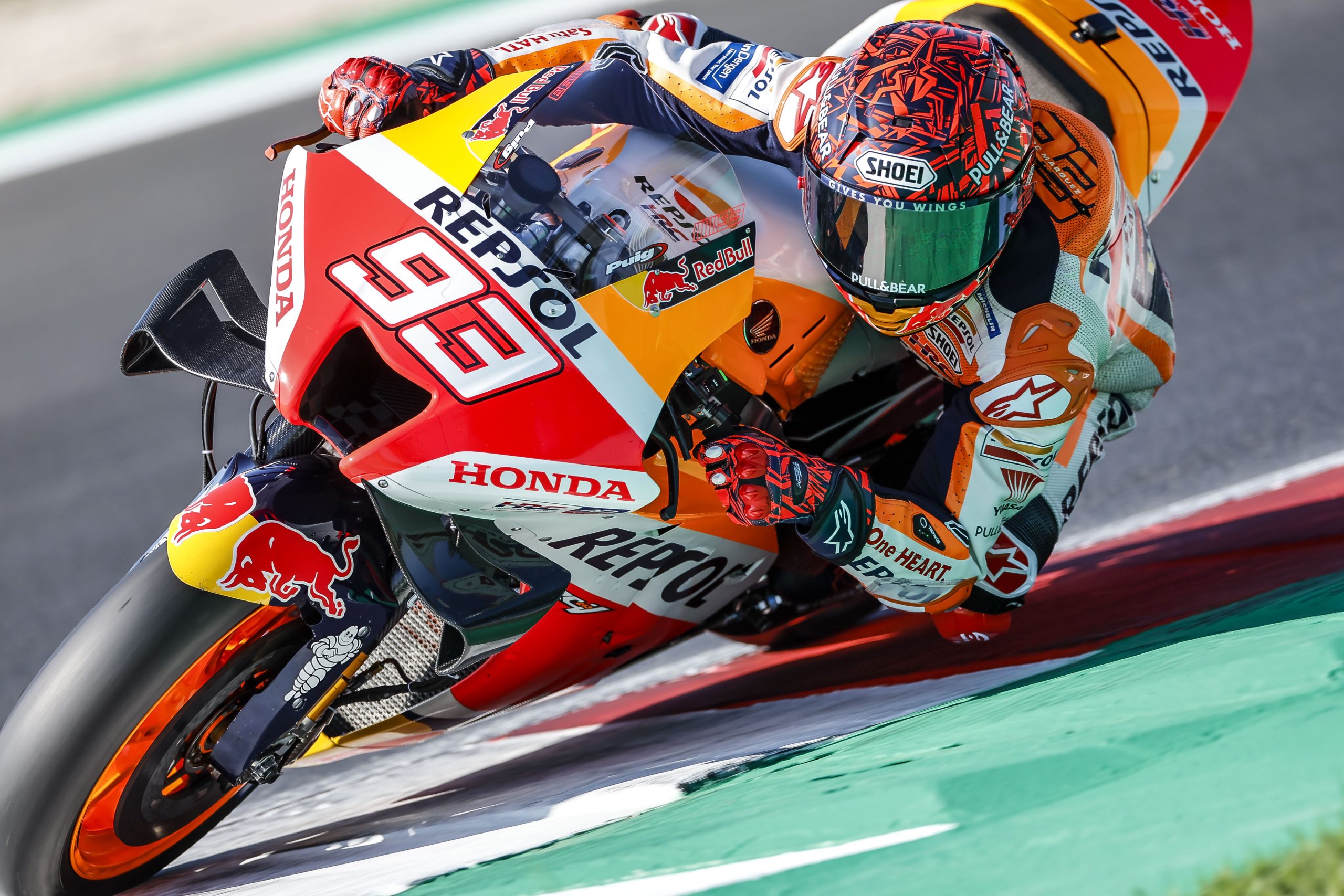 Marc Marquez rides the RC213V again at the Misano test

An encouraging first day for the Repsol Honda Team at the Misano Test as Marc Marquez returned to a MotoGP machine 100 days after his operation.

It was a significant day as Marc Marquez made his return to the Repsol Honda Team for the first time since the Italian GP in late May. Starting just after 09:30 Local Time, the eight-time World Champion completed a brief first run to initially assess his right arm. With all signs being positive, he and the Repsol Honda Team switched into work mode and began their testing programme.

Completing a total of 39 laps before stopping for the day during the lunch break, the #93 ended his first day back on the bike with a best time of 1’32.395 – good enough for 11th on Sunday’s San Marino GP grid. Although lap times were not the focus, Marquez was sstill able to end the day 1.1s behind the fastest rider.

Márquez’s efforts were rewarded with a quickest time of 1’31.642, 0.6s faster than his best time from Tuesday and 13th in the combined test rankings. But the most important aspect of the test was the information gained about his physical condition and the feedback given to HRC’s engineers for the future.