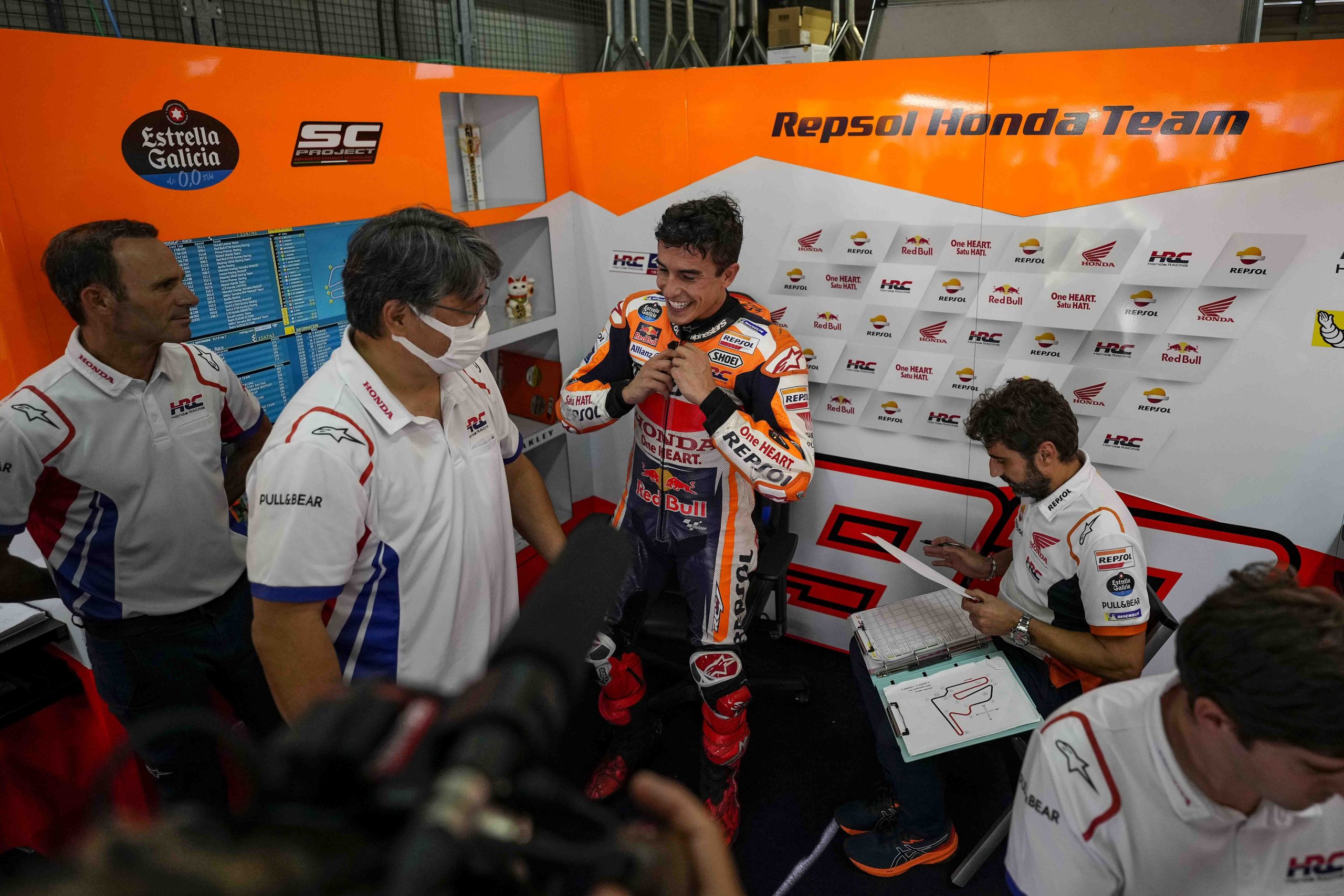 A thrilling return to the points for Marc Marquez as he took an exciting fourth place finish in just his second race back from injury, fourth months after his last complete race.

For the 91st time in his career, Marc Marquez lined up in pole position in what would be his 150th race in the premier class with the Repsol Honda Team. A solid launch saw Marquez defend his place inside the top three in the opening corners as the race erupted behind. Taking a steady approach to conserve his strength until the end of the race, the #93 settled into fifth and his own pace.

His plan played out and as the race entered its closing stages, Marquez reeled in Miguel Oliveira ahead. Biding his time, the eight-time World Champion struck on lap 22 with a strong pass for fourth in the race. The finish marks not only a return to the points for the first time since Mugello for Marquez but also equals his best finish of the year, achieved at the Spanish Grand Prix in Jerez. It was an exciting end to a race enjoyed by Honda President and CEO Toshihiro Mibe and the assembled Honda and HRC board members inside the Repsol Honda Team garage.

Now the paddock once again prepare immediately for the next race, a return to the Thai GP and the final race in this triple-header. The MotoGP World Championship’s last visit in 2019 saw Marc Marquez lift his eighth World Championship title with a thrilling last-lap victory.

Marc Márquez, 4th: “I am very happy with how the whole weekend has gone and we were able to put together an exciting race in the end. Most importantly it was a productive weekend and overall, it was a lot better than we were expecting. It was an important race because it is the first I have finished since my operation so it was a good test of the arm and also in this area we’ve been able to learn. Of course I would have liked to finish higher, but being realistic it was a good result and I was able to maintain my rhythm and then attack in the last laps. I want to say thanks to Honda and the Repsol Honda Team for helping me to put together a good weekend. Also thank you to all the Japanese staff and fans who came this weekend, it was a pleasure to see everyone again. Now we go to Thailand!”