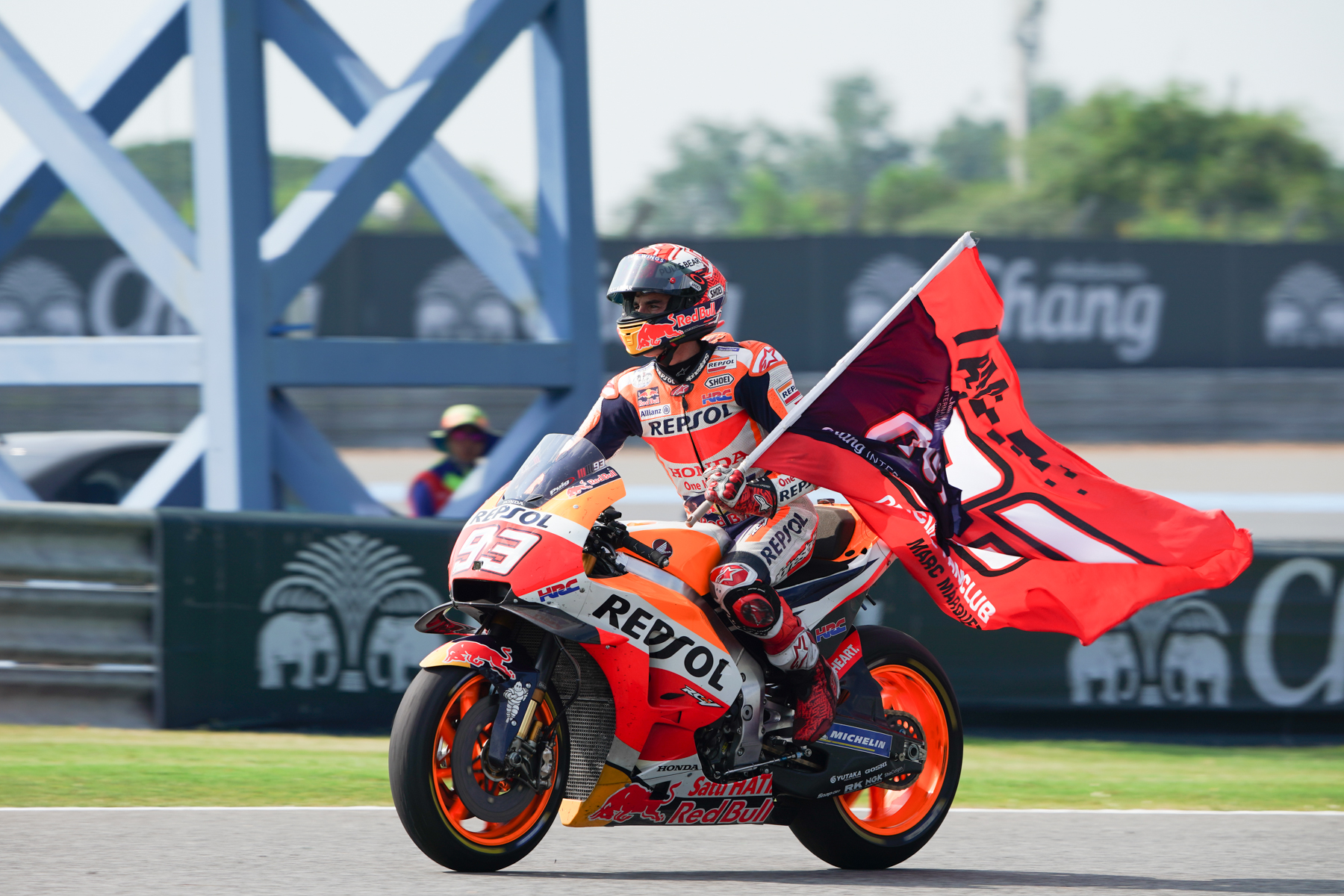 An intense finale to the race starred Marc Márquez and Andrea Dovizioso who, with four laps to go, thrilled fans with their overtaking moves. Finally, the Repsol Honda Team rider took the victory.

With a 77-point advantage in the overall standings, Marc Márquez could win the title at the Japanese Grand Prix if he finishes ahead of Andrea Dovizioso.

Marc Márquez:
“Of course I’m very, very happy today because it’s the first time I’ve beaten Dovi in this way. We were very equal, and my strategy was to try and attack in order to open a gap and avoid having it come down to the last lap. But Dovi had a very good pace and I was struggling with the front tyre, so I wasn’t able. Instead, I just tried to manage the tyres and stick to him. Honestly, I wasn’t so confident going into the final lap because I’ve lost many head-to-head finishes with him in the past. But this time, we swapped roles—I used Dovi’s style and Dovi used Marquez’s style!—and that worked to overtake him on the corner exit. It was a great feeling to race in front of all the Thai fans, who cheered and supported all of us riders equally, really enjoying the sport and making me feel good over the whole weekend. I’m really thankful to them. Now the first match ball will be in Japan, which is the most important race for Honda as it’s their only home Grand Prix. Of course we’ll try our best there, but if it’s not possible, the main target is still to achieve the title at some point.”