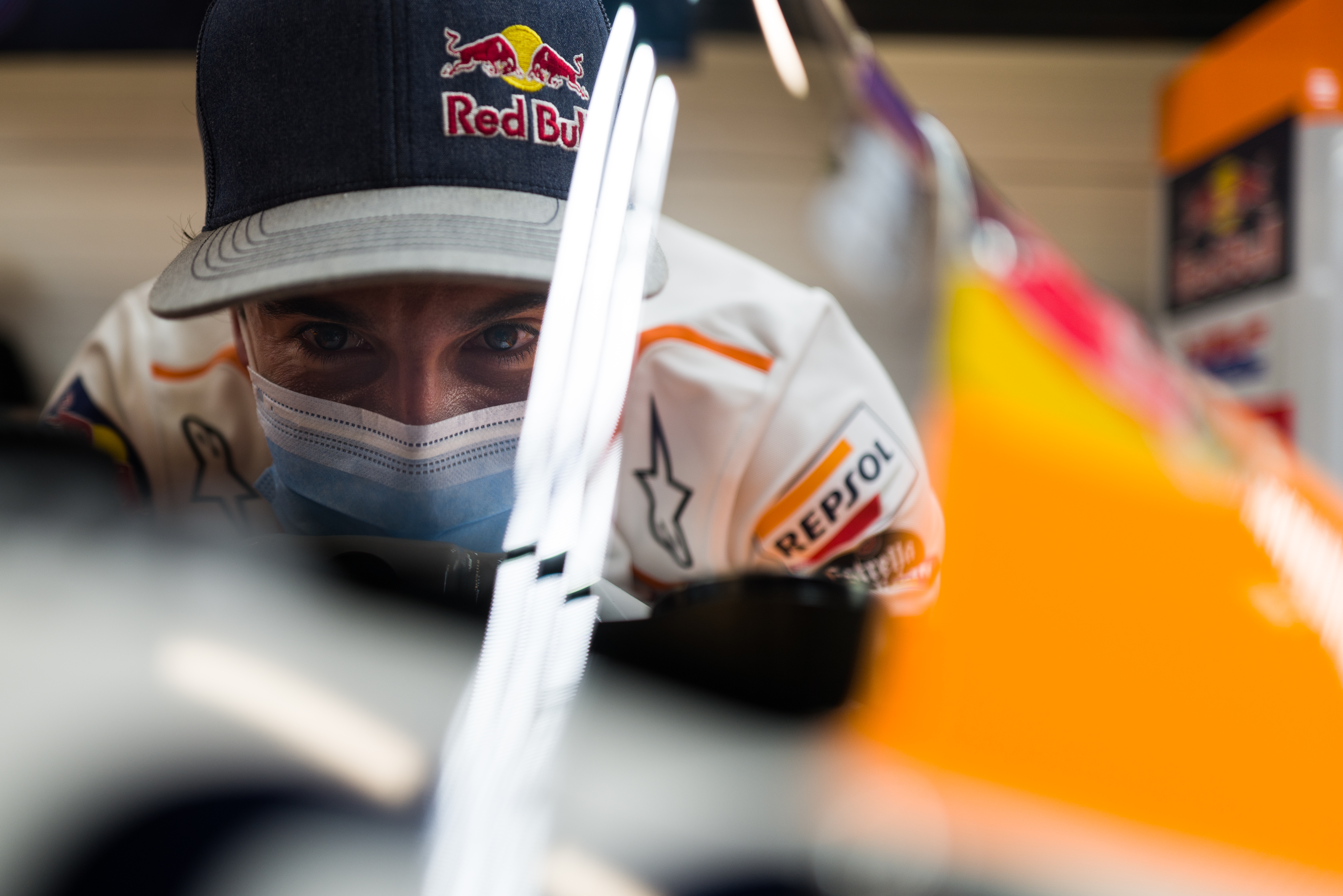 For the first time since Jerez, July 25, Marc Marquez has returned to the MotoGP paddock to catch up with the Repsol Honda Team and update them on his recovery.

After completing his PCR test, the eight-time World Champion was eager to get back and see his team after such a long time apart. With a smile on his face, Marquez was back in his element as he enjoyed reconnecting with HRC management and seeing his Repsol Honda RC213V again.

There were of course some duties to attend, as the world’s media were eager to hear more for Marquez after his recently released interview. After a brief but enjoyable visit, Marc Marquez returned home to Cervera to continue his recovery.

Marc Márquez: “It has been great to come back to the MotoGP paddock and see my team and HRC again. Of course, we have been speaking on the phone, but I have really missed them a lot and it was great to see them, but also my bike again! There was a part of me which certainly wanted to ride again, especially after sitting on the bike but now is the time to be patient. It was good to come here to speak not only with the team but also with Honda as we start to make a plan for 2021. I wish I was riding here at my home race with weekend, but I will enjoy watching it on TV instead.”