The Repsol Honda Team rider takes another podium at the Dutch GP, which allows him to extend his lead in the overall standings to 44 points. 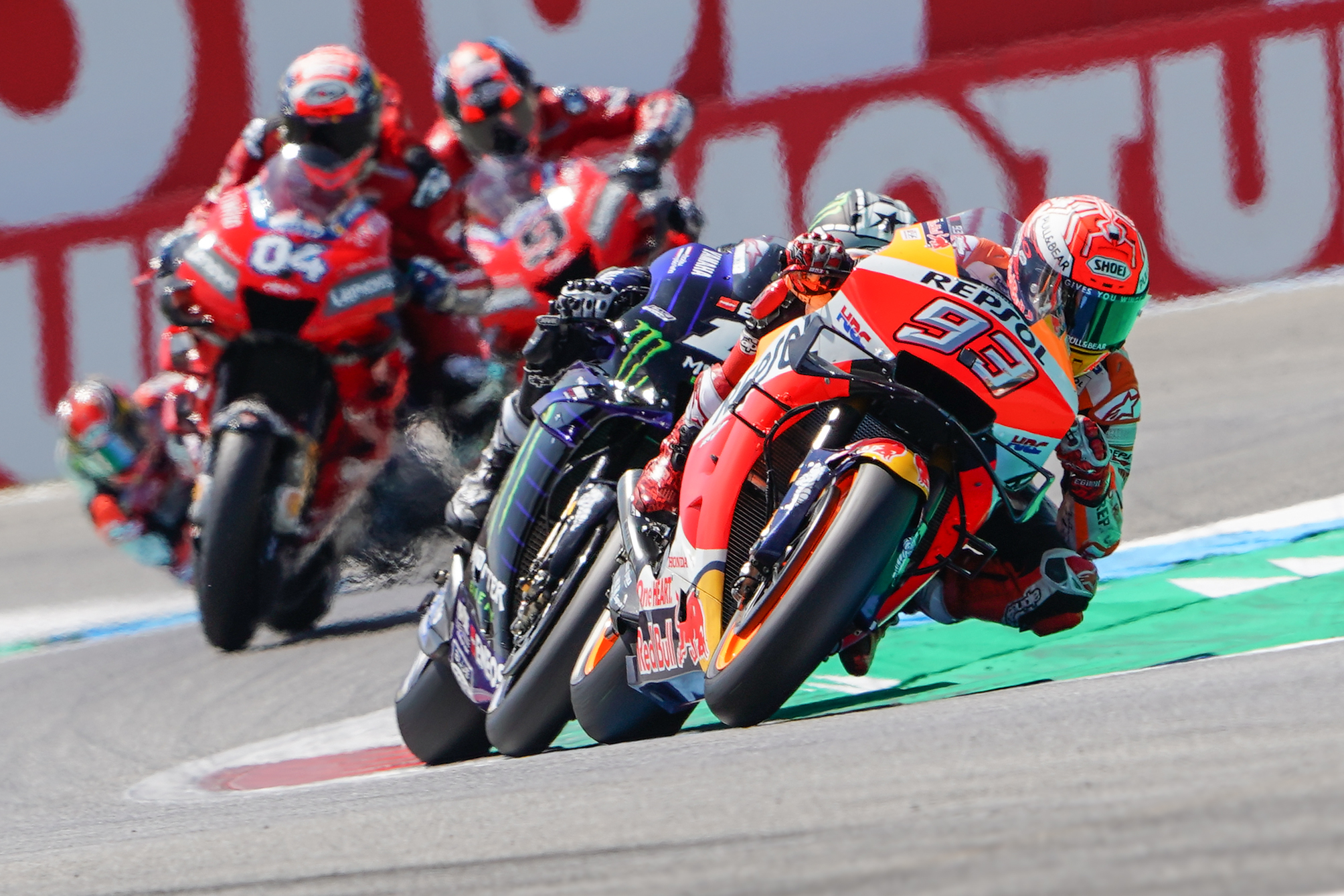 Marc Márquez was fifth in the early stages of the Dutch GP, but after a crash for Álex Rins on Lap 3 and a move to pass Joan Mir, he escaped with Fabio Quartararo and Maverick Viñales.

Márquez followed his compatriout for several laps, eventually crossing the line less than five seconds behind him and securing a spot on the podium. The result increases his advantage in the MotoGP World Championship.

Marc Márquez:
“An amazing weekend here in Assen overall. I chose the soft tyre and targeted the podium so this is like a victory as we have again increased the advantage in the championship. I saw Viñales was faster than me and breaking away and I tried to stay with him to avoid a battle with Quartararo at the end. I was behind Viñales for a few laps and then I saw he was faster than me today, congratulations to him on the victory. The most important part is we have extended our lead in the championship at a circuit where we struggle. Thank you Assen, see you next year!“