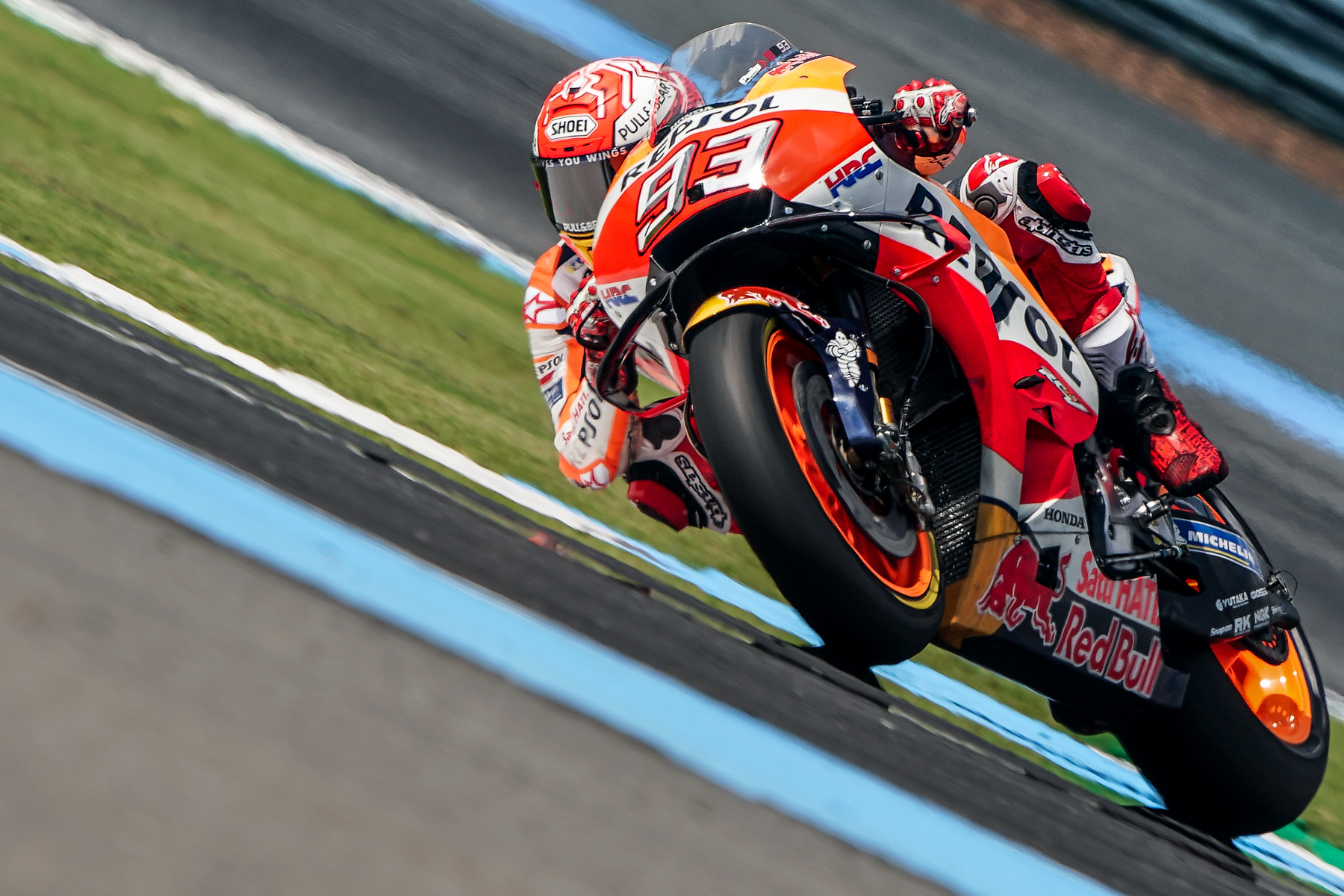 First chance for Márquez to clinch title in Japan

Marc Márquez arrives at the Japanese Grand Prix with a 77-point lead over Andrea Dovizioso and 99 over Valentino Rossi. He will be proclaimed champion if he has at least 75 points more than his nearest rival at the end of the race.
Márquez has already been crowned MotoGP World Champion twice at Twin Ring Motegi: In 2014 and in 2016.
Marc Márquez:
“We have our first match ball at Honda’s home race, which is very important for our Factory. Of course we’ll try to get the best result in front of Honda’s people and home fans, but Motegi is a stop-and-go track where strong acceleration is a key factor, so we’ll have to work hard and improve a little bit in that area if we want to fight with Ducati. Otherwise, we’ll try to remain focused and calm and handle the situation as well as possible. The important thing is to ultimately achieve our goal at some point.”
Tornar a notícies